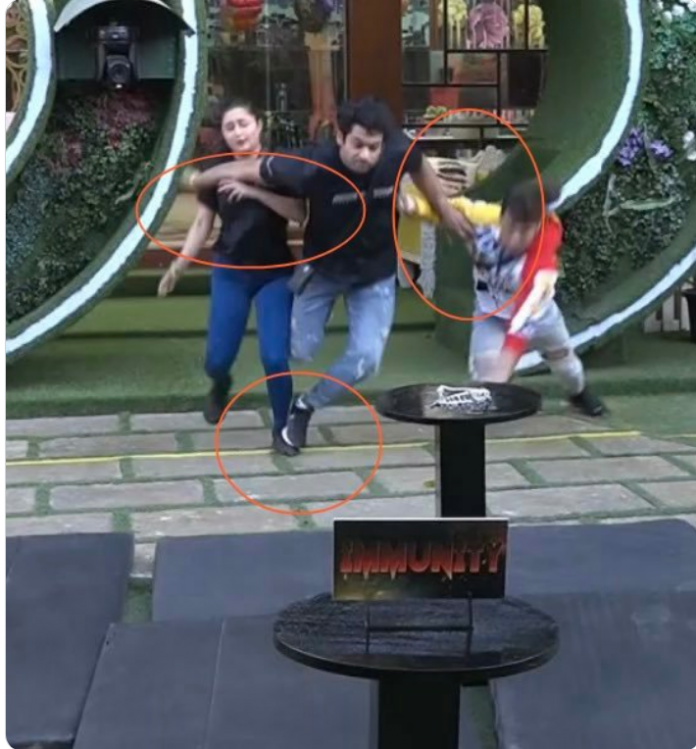 Bigg Boss 13 had a cracking Friday as the fans geared up for a spectacular twist ahead of the final Weekend Ka Vaar. All the contestants are nominated for eliminations this week. However, it is unclear if the elimination will happen in Weekend ka vaar or during the middle of next week.

Bigg Boss 13 Immunity Task – What Happened During the Task?

Bigg Boss announced a surprising twist on Friday which involved an immunity task. This was a golden opportunity for the nominated contestants of this week to gain vital immunity and also secure their spot in the Bigg Boss 13 top 5 finalists.

In the task, Paras and Mahira are locked in a single cell of the jail and Arti and Shehnaz are locked in another single cell. Each jail has five gates and the immunity card is placed between the two jails and one contestant has to cross all the gates to gain the much needed immunity. The keys to the gates are kept on a table and Asim, Siddharth and Rashami are the only ones who will have access to it. A bell rings at specific intervals and whoever picks up the keys can release one of the contestant.

The contestant who reaches the end of the jail won the immunity. Rashami and Asim chose Arti and Shehnaz while Siddharth chose Paras while discussing which contestant they want to save.

Siddharth got the keys during the first time and opened the gates for Paras. This left Asim and Rashami disappointed while Shehnaz and Rashami were heartbroken.

Paras Chabbra emerged as the winner of the immunity task and entered the top 5 of Bigg Boss 13 finals.

Did Siddharth Cross the Lines To Win this Task?

Fans of Asim and Rashami were disappointed over how biased Bigg Boss was during the task. In the clip shown below, it is clearly evident that Siddharth stamped Rashami’s foot and pushed Asim and Rashami to grab the keys.

As a result, #BiasedBBTargetsAsim was trending on Twitter which left Asim’s fans fuming. These are some of reactions of Bigg Boss audience over the immunity task.

Respect these two for fighting against Biased BB & Devil Shukla

No matter whose fan u r, u need to appreciate these two for their patience & torture they faced

#RashmiDesai #AsimRiaz were Just Blocking …
They got the Warning n even after that … #SidharthShukIa Clearly Hit both of them ..
Awwww
Now @BiggBoss will have a different way of Dealing ..
No no it's not #biasedbiggboss13#BiggBoss13 #BiggBossSeason13