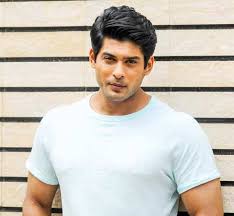 The finale of Big Boss 13 is currently on air and the audience is eagerly awaiting for the winner to be announced. This evening we had the top 6 with us; Siddharth Shukla, Asim Riaz, Pras Chhabra, Shehnaz Gill, Rashami Desai and Arti Singh.

As the evening progressed the number of contestants in the house began to lessen. First Paras Chhabra took the briefcase of 10 lakhs and left the house. Following which Arti Singh was eliminated and her mother went in to take her. Rohit Shetty entered the house to promote Khatron Ke Khiladi and in the end took Rashami Desai along. A while back we had reported that Shehnaz Gill was out of the race and the top 2 contestants were Asim Riaz and Siddharth Shukla.

Asim Riaz and Siddharth Shukla were called onstage to stand on either side of Salman Khan. Salman was to life the winners hand. And he most certainly did. The winner of Bigg Boss 13 is none other than Siddharth Shukla.

Siddharth had a very long and turbulent journey. He battled typhoid and betrayal in the house. But all seems to be worth it as he emerged victorious. Truly well deserved. Congratulations Siddharth Shukla Winner of Bigg Boss 13.