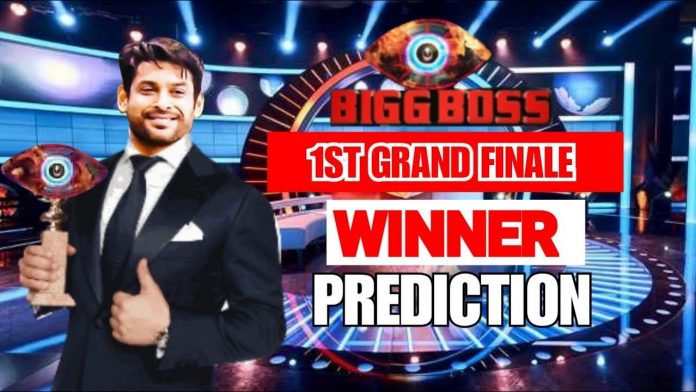 Viewers are very excited about Bigg Boss 13 Grand Finale. The audience is desperate to know who will win the Big Boss 13 trophy. By the way, let us tell you, Arti Singh was taken by Salaman Khan in the Eviction. After hearing her name, Arti Singh appeared very upset. After this, she immediately calls Salaman Khan ‘I love you sir’, replacing Sidharth Shukla instantly. After this, host Salman Khan also brought a twist in the eviction saying- ‘I am joking, you are not going. Arti breathes a sigh of relief as soon as Salman Khan says this. But now who will be evicted and who is successful in making it to the top two or top three. Big news on this is leaked by one of the biggest entertainment portal.


According to spotboye, the top 3 list will include Asim Riaz, Siddharth Shukla and Shehnaz Gill. After this, Shahnaz Gill will be evicted and in the top 2, Siddharth and Asim will face each other. Rashmi Desai, Paras Chhabra and Arti Singh will be seen running far behind this race. Rashami Desai and Paras Chhabra are expected to be in the top 4 but Arti Singh will not be a part of the top 4 either.

Let us tell you, this is the last stop of Bigg Boss. Aarti Singh, Mahira Sharma, Shehnaz Gill, Siddharth Shukla, Asim Riaz, Paras Chhabra and Rashami Desai are present in Bigg Boss house at this time. But right now Arti Singh, Mahira Sharma and Shehnaz Gill are in danger. At the same time, fans of Asim and Siddharth are seeing a tough competition on social media. Well, the audience will decide who will be the winner of Bigg Boss 13 live. With his vote, Bigg Boss makers will announce the winner according to the voting results.

Whom do you think will win Bigg Boss 13 Finale? Vote below

Whom do you think will win Bigg Boss 13 Finale?
Created with PollMaker