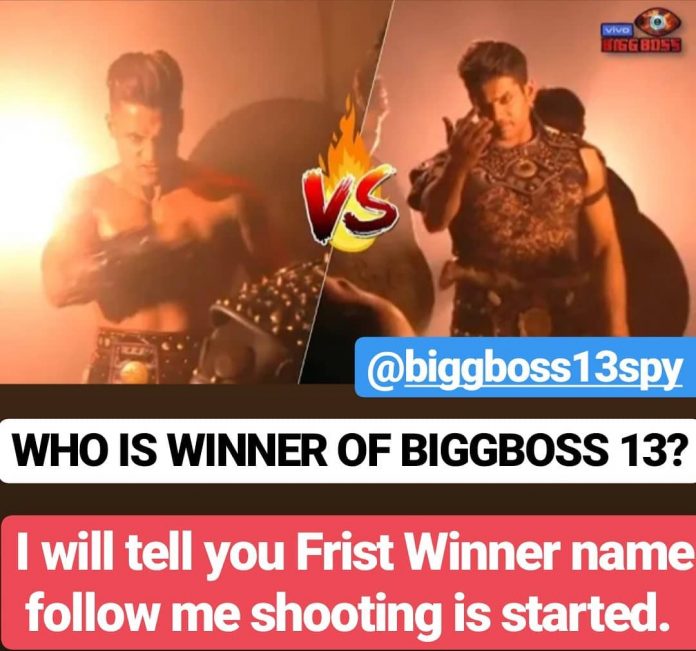 Bigg Boss 13 finale will end tonight with a bang and there are lot of news leaked so far and of all the biggest leak is eviction of Shehnaaz Gill who was in Top 3 along with Sidharth Shukla and Asim Riaz. Shehnaaz Gill was evicted after Rashami Desai was evicted at no. 4 by Rohit Shetty. With Shehnaaz Gill evicted there will be a live voting between audience to decide who will be the real winner of Bigg Boss 13. This event will take place live among audience and hence get ready to vote for either Asim Riaz or Sidharth Shukla. This will show the power between those two and who will be the real winner of Bigg Boss 13.

End of the Road for Rashami and Shehnaz

Shehnaz and Rashami were evicted as expected and it looks like the most awaited moment of the Bigg Boss 13 finale is here. The final showdown between Asim and Siddharth’s fans will begin once the live voting begins.

The live voting twist to the Bigg Boss 13 finals is the most awaited section of the Bigg Boss 13 finals. However, the suspense is going to go down to the wire according to the latest voting trends. The News Crunch polls have been the most accurate so far in terms of predicting the eliminations. However, with Asim and Siddharth’s fans stepping up their game, the margin of difference between the two is minimal.

The differentiating factor between the two could be the neutral audience who were supporting someone other than Siddharth or Asim. It is expected that Shehnaz’s fans might split their votes between Asim and Siddharth. The major reason is because the fans are not happy with Siddharth’s handling of Shehnaz’s love. However, the #Sidnaaz fans are likely to vote in Siddharth’s favor.

Rashami’s fans will swing in favor of their favorite’s contestant’s friend, Asim Riaz. This is a major breakthrough if we analyse it from the difference which Siddharth and Asim hold at the moment.

Summarizing the swing in trends:

Whom do you think will be the winner of Bigg Boss 13? Let us know in the comments below.