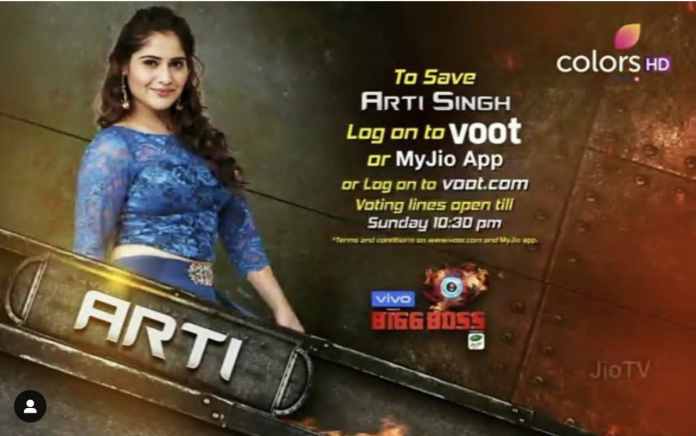 The 48 days of Bigg Boss 13 have been cut, but the coming week is not going to be any less than a litmus test for the contestants. Yesterday, there has been a nomination process in the house, under which a total of five people have been nominated to be evicted. Actually, at the behest of Bigg Boss, the contestants named two members whom they cannot see from the house eviction.


During this, Rashmi Desai, Devoleena Bhattacharya, Khesari Lal Yadav, Arti Singh were nominated. At the same time, Siddharth Shukla has already been punished by Bigg Boss, under which he was nominated for two weeks to be evicted from house. In this way, in the eighth week of Bigg Boss, a total of 5 members are nominated to be evicted.

Now many people must be thinking that which of these five contestants will go out of the house this week? Siddharth Shukla and Devoleena Bhattacharya are getting the maximum votes if the voting trend is considered. After Sidharth and Devoleena, Rashami Desai is the member who is getting more votes. Now talk about the contestant who is getting the least votes this week. Arti Singh is currently getting the lowest number of votes as per the latest voting trends and if this continues even further, then this week Aarti Singh’s leaf could be cut from Salman Khan’s show.

Luck is kind to Khesari?

By the way, Khesari Lal Yadav really looks lucky. Last week too, Khesari was nominated to be evicted and according to voting trends he was getting less votes, but Arhaan Khan was evicted from Bigg Boss. Ever since Khesari Lal Yadav has appeared on this show, he has not been seen much and everyone is complaining about this so far. In such a situation, it has to be seen whether Khesari Lal Yadav also has luck or not. Comment below if you think Arti will get eliminated this week?