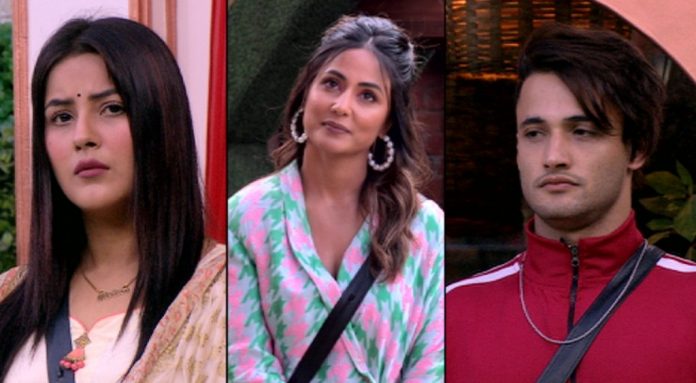 Bigg Boss 13 enters its sixteenth week in style. The sensational doll of Bigg Boss, Hina Khan made her third entry into the Bigg Boss 13 house this week.  Hina Khan entered the house on a mission to find out the list of contestants who will qualify for the BB Elite club. The results of the task will be crucial for the contestants to seal their fate in the upcoming crucial weeks in the house.

Hina Khan entered the house and sprinkled dazzle on the floor. Hina Khan kick started the Bigg Boss Elite Club task which involved Asim Riaz contesting against the most popular contestant in the house, Shehnaz Gill. The duo were the top 2 in the Standup Comedy task and hence were chosen as contenders for the Bigg Boss 13 Elite Club Task. The question posted to Shehnaz and Asim was why they deserve to be in the club over the other.

Asim Riaz targeted Shehnaz with her calculated bonding with fellow contestants while he ensured that he bonded in a natural way. This answer did not go down well with Siddharth Shukla and Shefali Jariwala.

Shehnaz counter argued stating that Asim has only been capable for fighting with aggression while she entertained the people with her cuteness, drama and love saga.

The battle between the duo intensifies and Hina Khan is entitled with a major task at hand.

However, she chooses Asim Riaz as the better one among the two.

As #Morepowertoyouasim trends on social media, Asim Riaz is indeed bestowed with some really vital powers going forward in the competition.

Asim Riaz can save himself from nominations for one week. He can use it anytime during the season. However, he chose not to use the power this week.