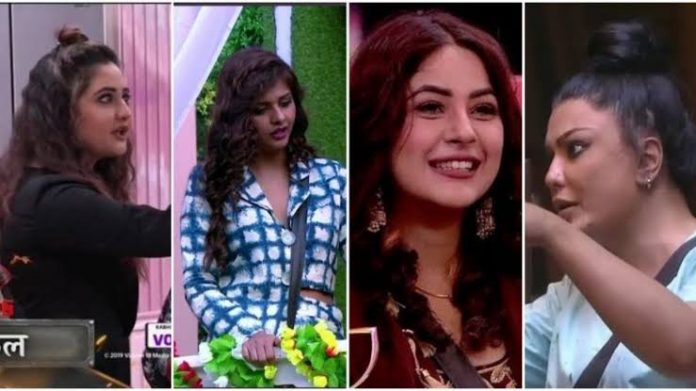 In the Weekend Ka Vaar episode of Bigg Boss 13 12th October 2019 there will be a lot of twists from Salman Khan. It’s learn that there will not be just one elimination but two during this week. It means two of the female contestants will be sent out of Bigg Boss house this weekend. After seeing the voting trend results we can deduce that Dalljiet is trailing at last with least no of votes. Dalljiet will be eliminated from BB house today by Salman Khan during the Weekend Ka Vaar episode and it will be a shocker for Dalljiet fans as she was expected to last for few weeks owing to her fan base. But she didnot perform tasks or play game to get people root and vote for her.


Will Koena Mitra get eliminated tomorrow and go into secret room?

The second least number of vote in Bigg Boss 13 week 2 is Koena Mitra. Since there will be double elimination she will have to go out. From the leaked information there will be an argument between Salman Khan and Koena which will ultimately result in Salman Khan asking her to move out of the house. There are reports that Koena will enter secret room and make it back into the house as wild card entry.

Do you think Koena deserves to get back into Bigg Boss house than Dalljiet kaur? Comment below.