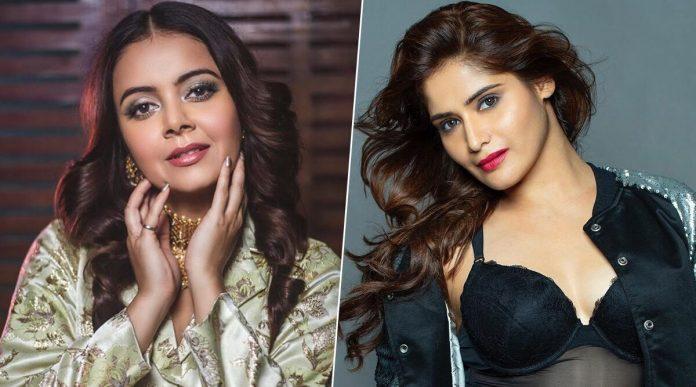 Tonight in Bigg Boss 13, Devoleena Bhattacharjee will be a guest where she will be seen meeting all the members and sharing her final words before leaving BB house. In such a situation, a promo video of Aarti has also appeared in which she is seen discussing with Rashmi Desai about Arhaan. However, now coming out of the house, Devoleena has reprimanded Aarti Singh. Devolina tweeted Aarti Singh as hypocritical. Actually, in yesterday’s episode, Aarti Singh was asked to choose one of the moments spent with Siddharth and Rashami during the task. Where she chose the moment ahe spent with Siddharth. Seeing this, Devoleena’s anger broke out and she called Aarti a hypocrite.

Actually, as soon as Devoleena declared Aarti Singh as heresy. After that Vikas Gupta asked her the reason for doing so. To which, Devoleena wrote that she destroyed the memories with Rashami when she told Rashami that Arhaan had brought a ring for her, after which she hugged Rashami. After which she is saying that she is playing alone.

Never ever seen a hypocrite like #artisingh. Damn it Arti.#BB13

Rashmi k saath woh memories usne destroy kiya where she was telling to rashmi that Arhan got a ring for her & she saw it & hugged her tight.Anyways…??‍♀️?And then she says She is playing #INDEPENDENTLY ??‍♀️

Till yesterday, Aarti who used to tell Rashami as her best friend has now kept distance from Rashami. Rashmi and Aarti have been seen targeting each other on several occasions.