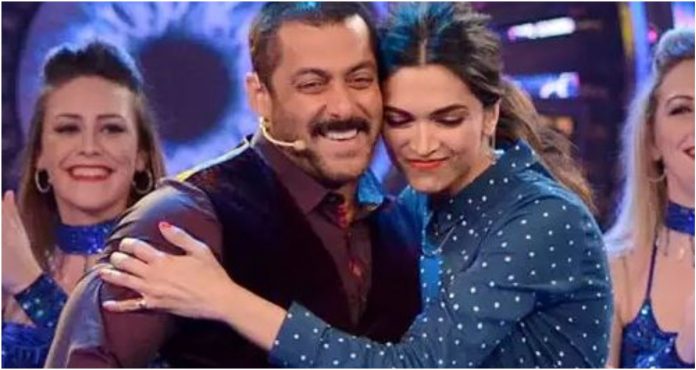 Bollywood actress Deepika Padukone is currently very busy in promoting her upcoming film Chhapak. According to the news, reports had come out that Deepika Padukone will promote the film Chhapak which is set to release on January 10 in Bigg Boss. But later news came that the actress left the set without shooting. Actress told the truth during talk:


Deepika Padukone responded to the question of Salman Khan walking out of the show without shooting. During an interaction with the media, the actress said that she has no plan to promote Chhapak by going to Bigg Boss. Deepika said – There is no conversation about going for promotion in Big Boss. The actress clearly said that she does not currently have any plans to go to the Big Boss.

Let us tell you, actually all these rumours started when news came on Bigg Boss fan club that Deepika refused to shoot Weekend ka Vaar. Due to late shooting, Deepika left the set without shooting. She was to go to a premiere. Well, after Deepika’s statement, it became clear that the actress and Salman will not be able to see the actress on the stage of Bigg Boss.

At the time of Padmavat’s release in 2018, Deepika reached the stage of Bigg Boss for promotion. Talking about Deepika’s film Chhapak to be released on January 10 2020. Talking about the film, this film is based on the real life of acid attack Survivor Lakshmi Aggarwal.