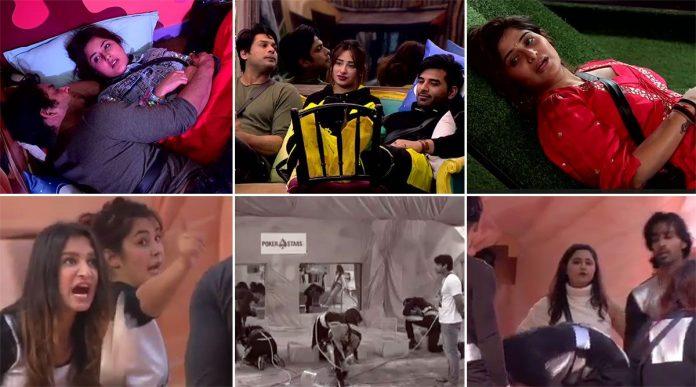 Salman Khan’s show ‘Bigg Boss 13’ today saw a lot of drama between Sidharth Shukla and Shehnaaz Gill as they get into a feud once again. Siddharth was also very irritated about this matter. With this, Bigg Boss today announces the new captaincy task where the house member will be seen trying their best to win.


Shehnaz Gill also pushes Vishal Aditya Singh, calling him a ‘dog’. All this happens during the ‘Mangal Griha’ task. Not only this, Madhurima Tuli’s drama is also like this and she does not do her daily household work, due to which Captain Asim Riaz also has to suffer.

Siddharth has now started making distance with Shahnaz. She is angry at him and sees him interacting with Mahira Sharma and Paras Chhabra. After this, Siddharth starts staying away from them after getting angry with this. Shehnaz starts crying after seeing Siddharth’s attitude.

The garden has been changed to ‘Mangal Griha’ for the new task for ‘Bigg Boss’. Here the families are divided into two teams, Scientists and Robots. Among them are Siddharth, Madhurima, Paras, Aarti Singh, Shefali Jariwala and Rashami Scientist, while Shehnaza, Mahira, Shefali Bagga, Vishal, Asim and Arhaan are robots. Scientists have been given robots and they have to tie up their robots. The robot that fills the most water in the container will be the winner of the task.