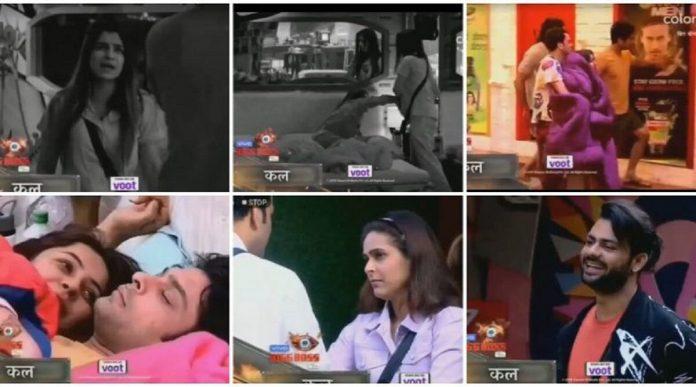 Bigg Boss 13 Day 73 Highlights: In the last episode of Salman Khan’s show ‘Bigg Boss 13’, we saw that Shefali Bagga getting very angry during the Captain’s Contender task. She is irritated by the behavior of her teammates in the task that they all planned and made her get out of the task. Angered by this, she creates chaos in the house. In such a situation, there is a fight between Rashami Desai and her. Not only this, she gets up at 6 in the morning and starts pulling people. Distressed by their behavior, Siddharth Shukla and Vikas Aditya Singh lock her in the washroom.

With this, in today’s episode, we will get to see a romance between Paras Chhabra and Mahira Sharma. With this, Vikas Gupta, known for his mastermind personality, crosses Arhaan Khan in the Captaincy Task and shows his amazingness.

Siddharth Shukla announced
Siddharth Shukla declares that Paras Chhabra, Mahira Sharma, Rashmi Desai and Shefali Bagga are out of the Captaincy task. After this, Vikas tells his team that he should play smartly with Bagga because he has been impressed with the other team.

Vikas Gupta left the task
Shehnaz decides with mutual consent that she will be out of the game because she is not playing. Here Vikas and Arhaan have got equal votes but they do not want to back down. Bigg Boss warns them that if they do not decide then they will be punished. After this, Vikas Gupta nominates himself and leaves the task and game.

Paras Chhabra kisses Mahira Sharma
Paras and Mahira overcome their differences, after which romantic moments are seen between them. Paras kisses Mahira and spends time.

Shefali Bagga created chaos in the house
Shefali Bagga starts throwing utensils in the house and awakens the family. Siddharth Shukla asks her if she has gone mad and asks her to remain calm. But she does not believe and continues this action. She expresses to her housemates by these antics that she is giving them punishment for their actions.

Siddharth, Arhan and Vikas lock Shefali in bathroom
Shefali Bagga awakens Madhurima, Aseem and Vishal and pulls out Rashami’s bed sheet. After this, Asim refuses them to do so. Seeing all this, Shefali takes Vikas and Siddharth to the bathroom and Arhaan closes them there.

Quarrel between Mahira and Shehnaz
Mahira comes to Shehnaaz in anger and talks to her by showing her finger. These two call each other by different names and Shenhaz accuses Mahira of cheating. Later in the bedroom, a scuffle is seen between Madhurima and Shefali.