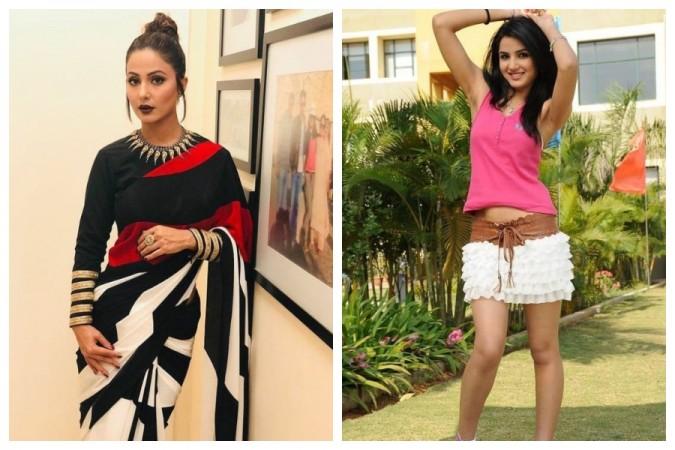 Last night saw the first weekend war of Bigg Boss 13. In this episode, Salman Khan left no stone unturned to entertain his fans. This is the reason, from the beginning of the episode to the end, there were many tremendous twists and turns. First, Salman Khan stirred the hearts of the householders in many things, then later Hina Khan and Sultani Akhara made the episode even more entertaining. By the way, Hina Khan appeared in a very glamorous avatar in Bigg Boss house like this time. This television actress looked so beautiful during this time that anyone who saw Hina just kept looking. By the way, if you have missed this episode of Bigg Boss 13, then there is no need to worry because, in this report, we are going to tell you about the high lights of Bigg Boss 13.

Apart from meeting Salman Khan, Hina Khan also completed an important job by going to Bigg Boss 13’s house. Hina Khan arrived here with Bigg Boss 13 supermarket. In this task, the householders had to choose between food and family messages.

These members of the house received the message of the family members-
During this, many members appeared emotional. Aarti Singh started crying after hearing her brother’s name. This is the reason, Aarti chose the message of his abhishek Krishna Abhishek in lieu of food, while Devoleena Bhattacharjee and Paras Chhabra gave importance to food.

Apart from the entry of Hina Khan, Salman Khan organized another task to make the house angry. In which the householders had to clear each other’s misconceptions. During this time, all the families heard each other fiercely and boiled balloons of hate.

These people showed their stamina in Sultani Arena –
On the first weekend of Bigg Boss 13, Salman Khan gave the gift of Sultani Arena to the family members to vent their anger. In such a situation, Siddharth Shukla and Siddharth Dey got the chance to win this chance first. During this time, both Siddharth were seen venting their anger on each other.

No one was homeless
This time Salman Khan has not rendered any member of Bigg Boss 13 homeless. In such a situation, all the people present in the house have become safe from this week’s nomination. At the end of the episode, Salman Khan himself informed the contestants about this.