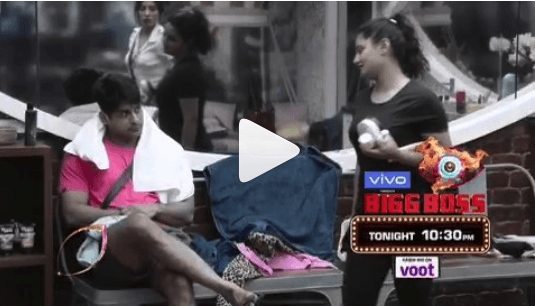 It has been three days since Bigg Boss 13 started and within these days, the contestants have started showing their true colors. Talking of Rashmi Desai and Siddharth Shukla, even before appearing in this show, both have been part of a show called Dil Se Dil Tak. During this show, there was a lot of discord between the two, and it was said that both did not want to see each other.


Well, soon after coming to Bigg Boss house, it seems that Rashmi’s heart has melted and the next day, she is seen going to the people and talking sweetly to Siddhartha. Recently, she was seen saying about Siddharth that she felt that Siddharth would always support her.

The makers of Bigg Boss 13 have released a promo of today’s episode some time back, in which Rashami Desai is seen wearing a color of Ishq. In this promo that came out, Rashmi is telling Arti Singh and Paras Chhabra that he is my best friend forever. I know that he takes care of me.

Watch the latest promo of Bigg Boss 13 below …

Both have tremendous fan following
If seen, Rashami Desai and Sidharth Shukla are among the big actors of TV. Both of them have a good fan following on social media. In such a situation, both have the highest chance of going ahead in this show.

Makers are taking advantage?
Now the way Siddhartha and Rashami Desai are suddenly moving around with each other. In such a situation, it seems that both are doing this to garner headlines. Also, it is possible that the makers have brought these two artists on this show to show the changing equation between the two to the fans.