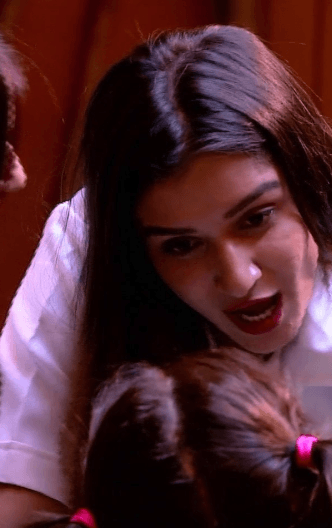 In the house of Bigg Boss, people are always seen saying such things under the guise of the task, which is decided to create a ruckus in the outside world. Talking about Bigg Boss 13, soon the Bigg Boss householders are going to give the first luxury budget task (BB Hospital). During this Luxary Budget Task, some contestants will be seen crossing all their limits to win.


Makers has released a promo of today’s episode, in which Bigg Boss is seen announcing that Shefali Bagga and Shehnaz Gill will treat Kan. Seeing the promo, it is estimated that during this task, she will speak such things in the ears of the people that she will lose her patience and move out of her place.

Looking at this promo, it seems that Shefali Bagga and Shehnaaz Gill will first choose Aarti Singh and Rashmi Desai to complete this task. In the promo, Shefali Aarti and Siddharth Shukla are seen teasing the broken marriage. Aarti becomes very emotional after listening to Shefali and Siddharth, who is watching this task from a distance, is also seen to be very emotional.

Rashami Desai’s turn will come after Aarti. Shefali and Shehnaaz are seen crossing their limits even more as Rashmi’s turn comes. In fact, Rashmi and Nandish Sandhu’s four-year marriage had broken up and Rashmi said on the news of the break up of this relationship that Nandish used to treat her badly. Just by holding this emotional pulse of Rashmi, Shefali and Shehnaaz will attack them tonight.

Watch the big promo of Bigg Boss 13 below …