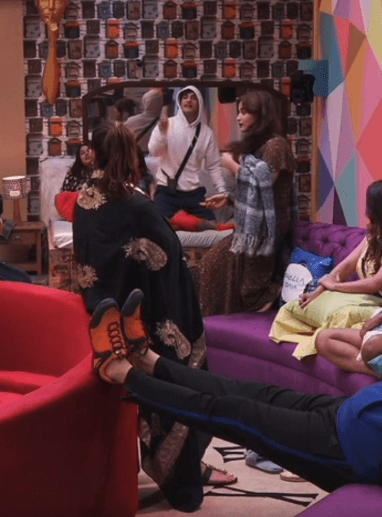 It has been a few hours since Bigg Boss 13 started that it is now being heard that the first battle has taken place at home. Yes, just a few hours ago there has been such a tumult between two mail contestants that everyone just kept looking. Yes, we are talking about model Asim Riaz and noted actor Paras Chhabra. During the premiere of Bigg Boss 13, Paras was seen clashing between Chhabra and Asim Riyaz over Mahira Sharma, after seeing that it was speculated that there would be a split between the two in the coming days.


A banged promo of this controversial show by Salman Khan has come out, in which Paras and Aseem are seen flaming each other. Actually, during a task, some people will accuse Asim that he is playing state-by-state inside the house.

(Also read- Bigg Boss 13: Rashami Desai will share beds with Siddharth Shukla, who does not have a pleasant eye, will create a lot of uproar)

In the promo, it can be seen that she is a girl from Punjab and I am a boy from Jammu. Where did I bring the state in this? ‘ After hearing Asim, Paras starts teasing them, soon after which Aseem becomes even more infuriated.

Watch the big promo of Bigg Boss 13 below …
https://www.instagram.com/p/B3B1sd3A1R9/?utm_source=ig_embed&utm_campaign=dlfix

See another glimpse of this fight below …
https://www.instagram.com/tv/B3CD1N9gP2T/?utm_source=ig_embed&utm_campaign=dlfix

Asim Vs Paras a Big Fight Who will get Eliminated?

While Salman Khan had a lot of fun with Asim pulling his leg on the premiere episode, there is a mixed reaction on Asim on social media. Some people believe that Asim will put entertainment in the show, while many believe that he will not be able to go much further in this show. Talking about Paras, many girls have started snatching and rooting for him. Whom do you think will win? Share your views in the comment section.