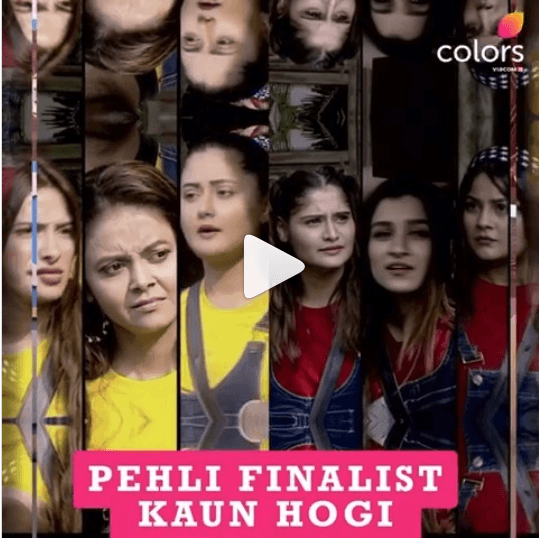 In the last episode of Bigg Boss 13, there was a ruckus before Finale. At the beginning of the episode, the people of the house were seen fighting each other only because of Khan and later the task of Bigg Boss spoiled the atmosphere of the house. Now it will happen … Finale is going to come on the show after some time. In such a situation, everyone wants to remain in the finale race. This is the reason, everyone in the house was seen showing 100 percent enthusiasm in the task to win the ticket to finale.

Rashmi Desai was seen taking classes on infinite rotis. Seeing Aseem’s anger, Rashmi Desai also could not control herself and she listened to Aseem fiercely. During this, besides Asim Rashmi, Paras was also angry with Chhabra. That matter is different, the family came in between and pacified these two.

Rashami Desai wept bitterly
https://www.instagram.com/p/B3oL7_0g05m/?utm_source=ig_embed&utm_campaign=dlfix
Rashmi Desai cried very badly after a fight with Aseem Ciaz. In such a situation, Debolina Bhattacharjee tried hard to silence him. During this time, the rest of the house members were seen to handle Asim’s anger.

After this fight, Bigg Boss gave the Toy Factory task to the householders to get the ticket to finale. In this task all people had to make soft toys. The team which will also fulfill the order given by Bigg Boss will be the winner of this task.

https://www.instagram.com/p/B3pXPyrA03t/?utm_source=ig_embed&utm_campaign=dlfix
Siddharth Shukla and Paras Chhabra have been cast as judges in the Toy Factory Task Task. These two stars will check the toy of the two teams and announce today, who will win this task. Siddharth Shukla was seen trying his hardest Debolina Bhattacharjee-