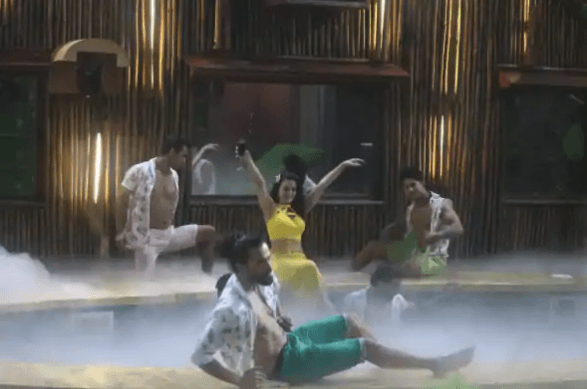 13 contestants have been entered in the house of Bigg Boss 13, who were presented in front of the audience by Salman Khan on the previous day. Makers have played such a bet that everyone is surprised by making Celebs ‘Bed Friends Forever’. This decision has been taken so that this time season can be made different from the previous seasons. While making ‘Bed Friends Forever’, Salman Khan had asked contestants to share beds together, which was happily accepted by Koyna Mitra and Shefali Bagga. However, everyone is noticing the cold war between Rashmi Desai and Siddharth Shukla. The rest of the celebs who came to the house of Bigg Boss 13 are also fine.

The first day in the house will start with an alarm from the Big Boss, on which the contestants will be seen waking up in the morning. It will be all new for the contestants, due to which they will be seen adjusting in this environment. After the wakeup call, Amisha Patel will have a banging entry in the house and she will enter the house dancing to the song of ‘Kaho Naa Pyaar Hai’. The contestants of the house will give Amisha Patel a ‘Landlady’ entry, after which the actress will reveal that she will give the title of ‘Queen of the Bathroom’ to a female contestant every week. Any contestant who wins this title will get special powers.

Members of the household will need plenty of ration for their breakfast, which they need to go through the ‘Mouth to Mouth’ task of Amisha Patel. During this task, Ameesha Patel will bring a trolley filled with household items and will give the contestants the task of passing that item ‘Mouth to Mouth’. Contestants will be able to add as many items to their account within the stipulated time frame for their breakfast.

After this talk of Amisha Patel, contestants and viewers will get to see the first battle of the house between Aseem and Paras. In fact, during a casual rapping session, Aseem will speak a few words that Paras and Siddharth Dey will not like, their fight will increase so much that the other contestants will have to come to the rescue. Aseem will try hard to defend himself, but all his hard work will be found in the water.

As the day comes to an end, Amisha Patel will once again enter the house and perform a tremendous dance on ‘Lazy Lamhe’. During this dance performance, she will get the contestants to talk about the task she wants to mistress. Seeing what will happen in the house on the first day, it seems that the audience is going to get a spicy show for the next three months.