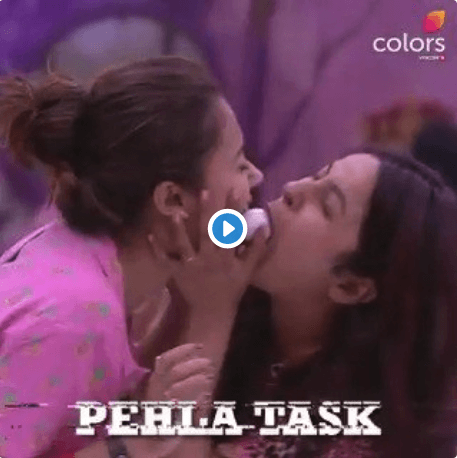 The first episode of Salman Khan’s show Bigg Boss season 13 i.e. 30 September 2019 was full of unnecessary fights. The episode started with entry into the house of house mistress Ameesha Patel, who got her task done at home and ration was ordered at home. Apart from this, Asim Riyaz and Katrina Kaif from Punjab ie Shehnaz Gill impressed fans with their songs.


As the show progresses, Paras and Asim Riyal fights in this episode with a temper of entertainment. Both of them start fighting over Kashmir. Actually Asim calls himself Kashmir, then Paras used to say why he is doing Kashmir again and again, we are all Indians. This is the trick to get their votes. In the kitchen, Arti and Siddharth are seen making tea together.


Amisha Patel is once again entered in the show. With a stunning sexy look, he surprised the housemates as well as the members of the house. Amisha got the second task done by the family. He took the boy’s shirt off and gave the girls of the house a chance to write with a marker and asked them to write what the girls think about the anger and the house boys. This task has been quite entertaining. Daljit Kaur said that Asim Riyal even got a chance to show his body.


In this task, Abu Malik and Asim were chosen by the girls of the house. In this task, on Asim’s body, the girls wrote that he is of a very warm mind, while on Abu Malik, they wrote that he speaks very fast. At the same time, the third task for Ameesha was for the boys that they have to be blindfolded and touch the girls to tell who they are. During this time, only Paras gave the right name.