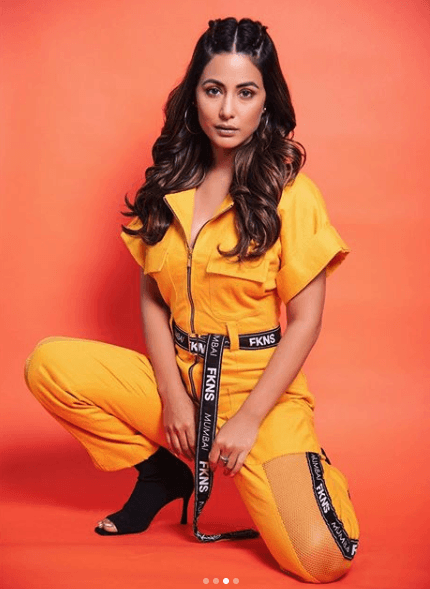 TV star Hina Khan came to Salman Khan’s TV show Bigg Boss in Weekend Ka Vaar. When the actor reached here during a task, Paras Chhabra had told Asim Riaz a zero, the TV star, while interrupting Paras Chhabra, made it clear that Asim has a lot of popularity outside. The makers showed this part in the promo but did not show it in the TV show. Asim Riaz’s fans were very angry on this matter. But now the statement of Omar Riaz, brother of Asim Riaz, has come out on this issue. According to a report by Entertainment Portrait Spotboye, Asim Riaz’s brother has thanked Hina Khan.


Omar Riaz has said, ‘Despite receiving praise from Salman Khan himself, Asim does not know how much people are supporting him outside. Many celebs are praising him. But no one has described his outside popularity as such. That is why I am thankful to Hina Khan that she did this. When Paras Chhabra called him zero, as he supported, it is very good. This will definitely strengthen Asim and his game. ‘

In the interview given to Portal,Omar Riaz brother of Asim Riaz has said that all the celebrities who have come to the house so far have praised everyone. The pair of Siddharth and Shehnaz have also told the family about the love they are getting from the audience. While Hina Khan praised Asim, that part may not have been shown, but despite this, Asim Riaz will get a lot of support from it. Omar Riaz said that he is seeing that his brother is now missing the family. In some clippings, it has been clearly shown that Aseem Riyaz is missing the families. But this support of Hina Khan will surely give courage to her brother and he will be able to play well at home now.