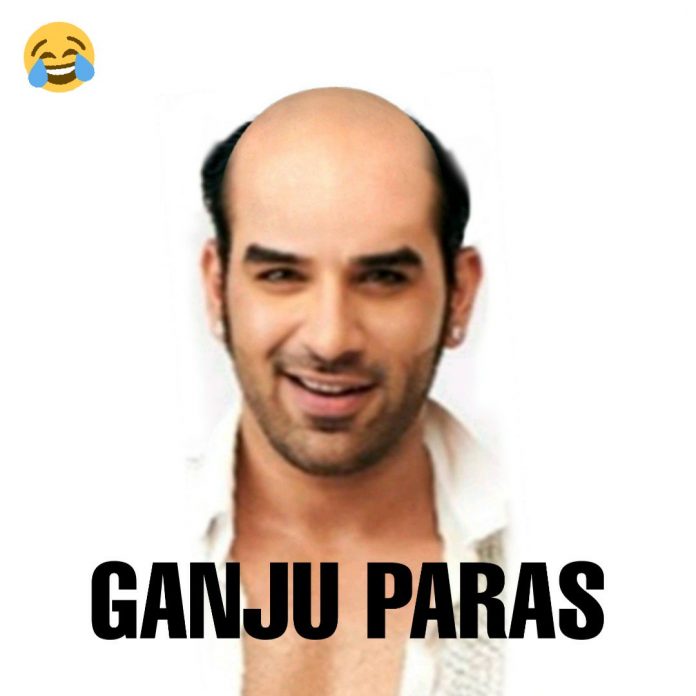 
But now we are going to tell you what you are going to tell about Contestant Paras Chhabra, who is the most discussed person of this house. Recently there was a fight between Paras and Asim Riyaz over the tea leaf. During this quarrel both of them abused each other and said good and bad. Meanwhile, Asim made fun of Paras’s hair and called him stunted and bald, just what was it? After this episode, a lot of comments started coming up on social media about Paras’ hair that everyone laughed. However, the question still remains in the minds of viewers whether Paras wears a wig in this show. Let us show you what kind of reactions are coming on social media about Paras’ wig:

Damn #ParasChhabra trying to hard to save his wig ??? i just cannot stop laughing pic.twitter.com/9KmEArAMLM


Paras Chhabra insulted the Caller of the Week and Salman Khan on national television in the weekend war on Monday. After which Paras was also ridiculed on social media. Paras often remain in the headlines due to their antics. While commenting on Salman Khan, Paras said that “Dude Salman Sir is more irritable than me … If I feel so bad, take it out.” When asked, he flatly denied this. Now it remains to be seen whether Paras is able to control his antics and speech.