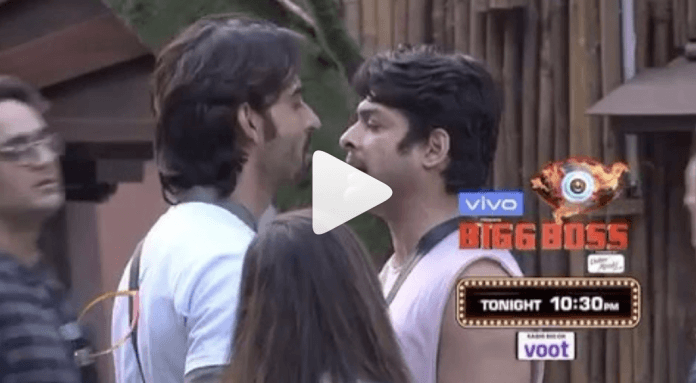 Bigg Boss 13’s house has become like a pressure cooker, which can burst anytime due to the constant fights. For the past few days, Siddharth Shukla and Rashmi Desai have lifted the entire house on their heads due to their mutual fight. In fact, just a few hours ago, Rashami Desai and Sidharth Shukla have told each other such things to make anyone’s blood boil.

If seen, the mistake is from both the sides, but the way Rashmi is constantly instigating Siddharth, it is clear that only Siddhartha matters in this house for him. Due to this fight happening in the house of Bigg Boss 13, social media has split into two groups, while we have a video that will see the land slipping under the feet of the fans of Rashami Desai.

Yes, this video surfaced on social media is becoming viral like fire. In this video, Arhan is not only listening to Siddharth Shukla but also threatening to put acid bottle on him.

Watch this video of Bigg Boss 13 below …

Thanks @BiggBoss for not Hiding TRUTH
We can PROVE our POV with Proofs.@Sudhanshu_Vats #BB13 #BiggBoss13 pic.twitter.com/LEMaARYLay

Arhaan is getting the least votes
If information is coming from Bigg Boss 13’s house, then Arhan is getting the least votes this week. Well, no one is going to be eliminated from Bigg Boss 13’s house this week. In such a situation, it is clear that once again, Arhan Khan has survived the childhood. For the moment, tell us in the comment box that what is your reaction to the way Arhaan Khan has threatened Sidharth?