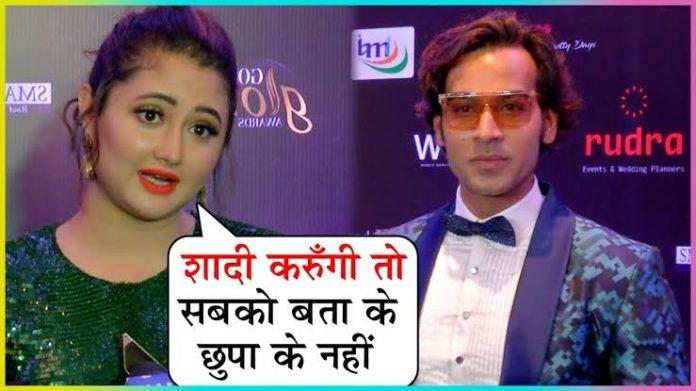 Salman Khan’s show ‘Bigg Boss 13’ recently got Arhaan Khan eliminated during Weekend ka Vaar week 7. Arhaan entered the show as a wild card contestant and the audience had high expectations from him. But Arhaan had to leave the show in two weeks. His journey to Bigg Boss house was 15 days and now he believes that he did not get enough time to show his game. Apart from this, Arhaan has also said that he wants to propose Rashami Desai by going to ‘Bigg Boss 13’ house once again.


In a conversation with the Times of India, Arhaan said about his relationship with Rashami, “She was my best friend and I got to know her better by staying at home and this is where my thinking towards her changed.” He felt attracted like her. Gestures from his side were going to change a lot. But that didn’t happen. When I was homeless, she was shocked and cried a lot. I think Gives killed anything beyond friendship. When given a chance, I will confess all. The inside of the house I also Propoj them there. I love them. I’ll go back home wants Propoj them go. ”

My journey in the Bigg Boss house may have been short lived. But all this love and support from you guys is really overwhelming and unbelievable! Thank you for supporting me and I think it's really kind of you to think that I shouldn't have been evicted. It's a little upsetting because I was just starting to get a good grip on the game! I'll definitely miss my bestie, Rashami Desai ❤ Play well, and get the trophy! You deserve only the best! You're one of the strongest women I know! You have all my love and support! . #ArhaanKhan #RashamiDesai #Arhmi #WeLoveArhaanKhan #TeamAK #biggboss13 #BB13 @colorstv

Recently, when Rashami returned to the show, she is considered very calm. To this, Arhaan said, “This is not true. I told her that she should play her game as she wants. She is smart and strong. I also told her to take a stand where needed. Where Should speak, speak there. I think her chances of winning the show are high and Siddharth Shukla will also stay till the end. ”