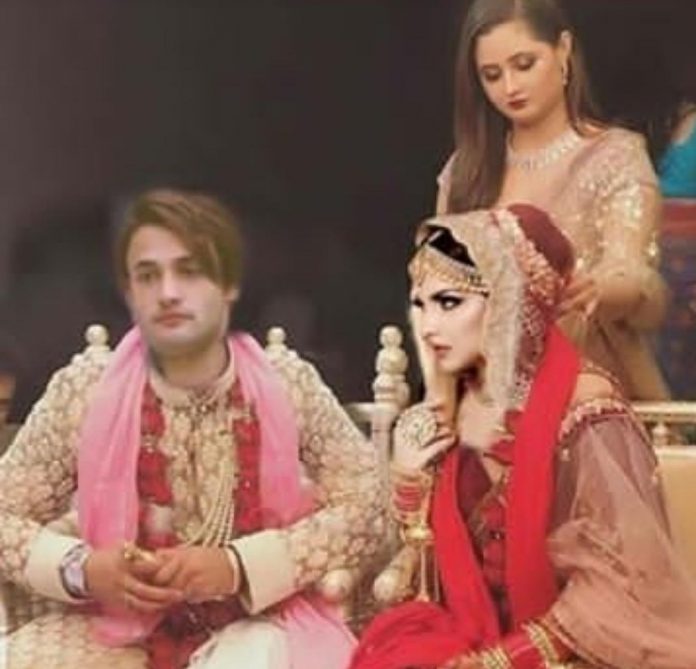 On the day of Bigg Boss 13, fans of Himanshi Khurana, as soon as the banged entry Mari, Asim Riaz and Himanshi Khurana, got excited. The romantic chemistry of these two, shown in the house on the previous day, won the hearts of the entire country. Asim Riaz finally proclaimed Himanshi Khurana in front of everyone in the house and after this, Aishwarya Rai of Punjab herself could not stop herself and she also said her heart in the show itself branch. After this, both of them were seen drowning in love. Now the craze of the fans was not cold even after seeing their romantic photos and videos that such a viral picture started floating on social media that the fans are happily suffering.


Asim Riaz is seen as a bridegroom while Himanshi Khurana is seated in the bride’s veneer in the photo. While Rashami Desai is seen playing all the rituals like a sister or bride’s sister. So since then, the question is arising in our mind that whether Asim Riaz and Himanshi Khurana are going to become bride and groom in this season of Bigg Boss 13? Before we answer this thing, before you see this photo, it becomes viral –
https://twitter.com/AzaamDanish/status/1222074712114765824?s=20
Actually, Asim Riaz has proposed Himanshi Khurana for marriage in front of everyone. At the same time, Himanshi also agreed yes on his behalf. But right now this photo which is going viral on social media has been created by their fans club. By the way, since the Bigg Boss 13 season started, the wedding of Rashmi Desai and Arhaan Khan was discussed in the house. But far from their marriage, this time the makers have got both of them to have a breakup. In such a situation, it may be possible that the makers plan the wedding of Asim Riaz and Himanshi. To see these two together, their fans are also going crazy. So do you also think that both of them can be married in this TV realty show. Please tell us your opinion by commenting below.