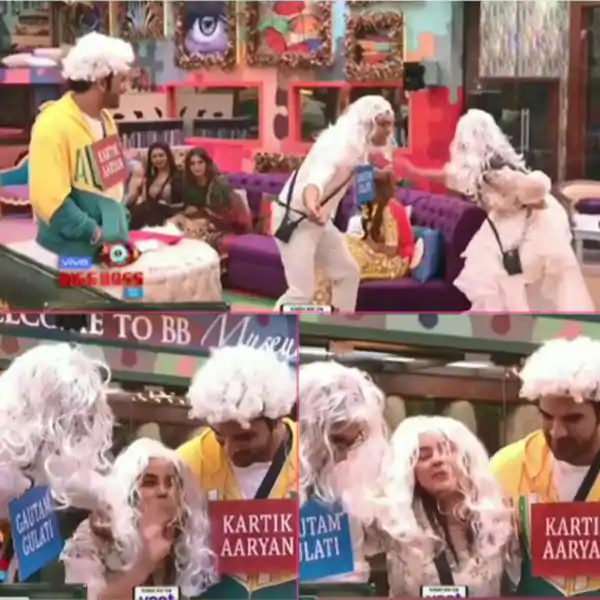 Bigg Boss 13, TV News: Bigg Boss 13 is going to be the last weekend ka vaar. After this, everyone present in the house will enjoy the finale. Now it is the end of the weekend, so if there is no fun in the house, it will not be fun. This is the reason, today Salman Khan will also be seen making a blast instead of taking classes for the family. Now, what is the benefit of Salman Khan’s explanation that those people who have not improved in three months, will they agree with Salman Khan on the last weekend. That is why Salman Khan is going to leave the house and do comedy.

Yes, you heard it right…. We are not saying this, rather, the new promo of Bigg Boss 13 is witness in which Salman Khan (Salman Khan) is telling Shehnaaz Gill (Siddharth Shukla and Paras Chhabra) that, let’s say If Bigg Boss goes on for another 50 years and Shahnaz gets to stay in the house with Gautam Gulati instead of Siddharth. At the same time, what will she do if she joins Kartik Aaryan in place of Paras Chhabra.

Just what is the promo now, even after Shehnaaz Gill is old, he does not look any change. Armaan woke up with Shehnaaz Gill when he saw old Kartik Aaryan and Gautam Gulati.

That is why Shehnaaz Gill immediately said that I will give a sleeping pill to Shukla i.e. Gautam Gulati so that I can get to romance with Paras Chhabra i.e. Kartik Aaryan. Hearing these words of Shehnaaz Gill, Salman Khan could not control his laughter and started laughing loudly.