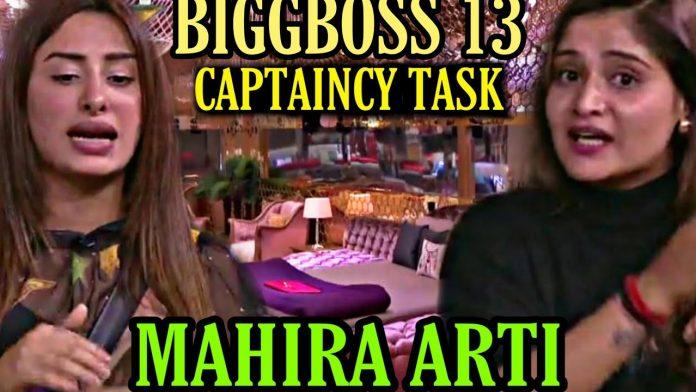 Bigg Boss 13 had a banging first finale with lot of twists and turns. People were shocked to see some of their favourite contestants leave, Rashami’s elimination was a shocker and her fans are still trying to get her back into the Bigg Boss house. There are reports that she is in secret room and may enter the house later. Also there are six wild card contestants entering the house and hence there will be a lot of drama, also nomination process for elimination on week 6 will become a huge thing as the least favourite contestants Paras and Mahira are safe till finale.


Bigg Boss 13 4th November is Monday and hence the nomination for elimination will happen tonight. Before that they have a task for selecting their first “VIVO Captain”. He or she who becomes the captain of house gets to stay in the big bedroom which was locked for past five weeks. They can’t be nominated for elimination this week.

Finally Arti Singh becomes the first Vivo Captain and she cant be nominated for elimination. She will be using the new bedroom which was locked till now. Whom do you think will get eliminated this week? Comment below.