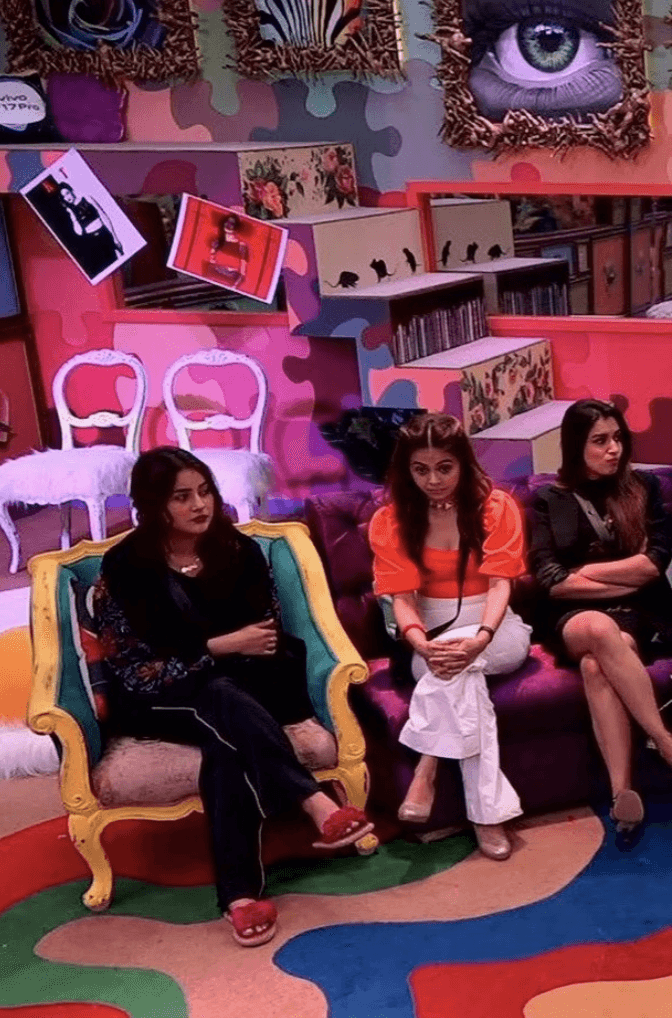 In Bigg Boss 13 , in the snake-ladder task which took place last week, all the contestants had put their heels on. But after the tussle between the family members during this task, the fighting increased so much that Big Boss canceled the task like most of the tasks in the house. Recently, Bigg Boss host Salman Khan also heard a lot of complaints in the weekend ka vaar episode. Despite this, there has been no change in the behavior of the contestants.


In Monday’s episode of Bigg Boss 13, famous director Farah Khan came as a judge in the court of Bigg Boss. During this, Farah Khan, after hearing the issues of all the contestants, ruled on them. Not only this, in between, Farah told the rest of the members about their behavior. Keeping all these things in mind, the promo of today’s episode has been released on the Instagram page of Colors Tv. Now how can it happen that after being tasked, the characters should not be chosen for the jail sentence. Yes, today all the contestants will take the names of 2 such members, who feel that according to them, it is not worth crossing this stage and going to the next stop. But after seeing this promo, the name of the contestant is clearly visible for the jail and that is Siddharth Shukla . The rest of the events will be revealed in tonight’s episode that which two members are ready to go to jail.
https://www.instagram.com/p/B4Mq7BnDycC/
In today’s episode, TV’s famous actress Karishma Tanna will appear as ‘Maharani’ for one day. Karishma will see this show ruling all the households for a day. It is also worth noting that this week there will be a wild card entry of 3 people (Hindustani Bhau, Tehsin Poonawala and Khesari Lal Yadav) in the house. With these three names, Salman Khan has been covered in Weekend Ka Vaar episode, who else will get eliminated this week? Comment below.
https://www.instagram.com/p/B4MkB55D6J7/
https://www.instagram.com/p/B4MXJcmFNzl/