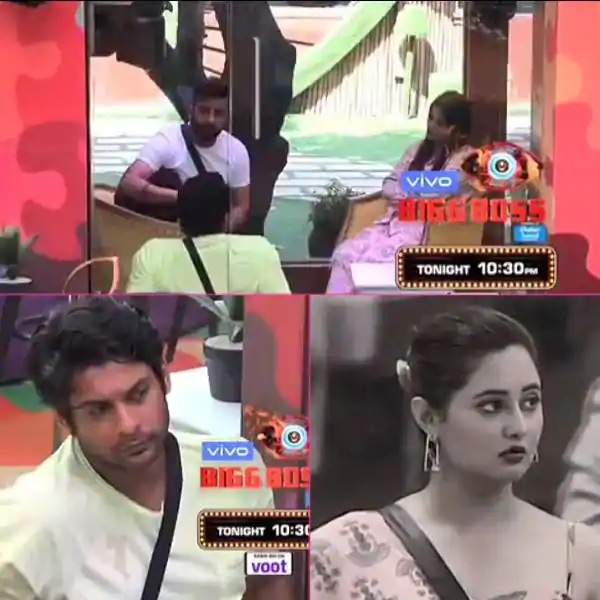 Due to the connection of contestants in Bigg Boss 13, the air of the house is changing. THe connections from outside are coming from home and are busy in making revelations on Wedne. Vikas Gupta, Kashmeera Shah and others are coming home and exploding bombs. If we talk about the connection of Shehnaaz Gill, then his brother is going to kill the entry in the house with this right. We are not saying this, rather, the new promo of Bigg Boss 13 is proof of this. In the new promo of Bigg Boss 13, Shehnaaz Gill is seen jumping with joy after seeing his brother.

Rashmi Desai has already said that Shehnaaz Gill’s game is nothing without Siddharth Shukla. She is zero on the show. Shehnaaz Gill’s brother try to convince Shukla and his sister to end the fight.

Shehnaaz Gill’s brother is further saying that, even if you feel anything in the house but from outside, it is seen that no one other than Shehnaaz Gill supports you in this show. Rashmi Desai (Paras Chhabra) and Mahira Sharma want to separate the two of you. What you see is not like these three.
See Bigg Boss 13 promo-

It is clear from the promo of Bigg Boss 13 that the brother of Shehnaaz Gill has started filling the ears of her and Siddharth Shukla as soon as he comes home. Now this has to happen, every connection wants their favourite contestant to be the winner of show. In such a situation, tell us how excited you are to see this movement happening in the upcoming episode of Bigg Boss 13.

Bigg Boss 15 Contestants: These five are the probable contestants for the upcoming BB15