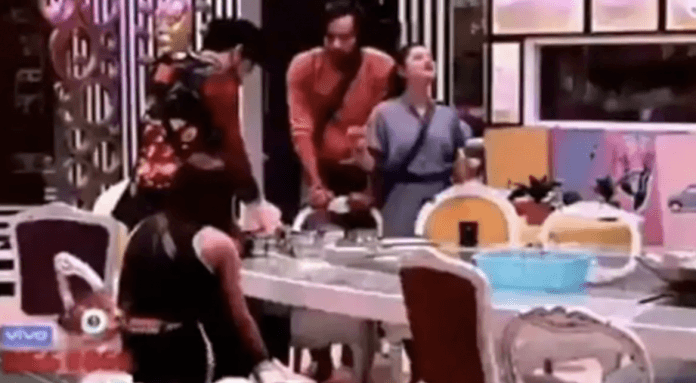 The last week of Salman Khan’s controversial show Bigg Boss 13 has been very painful. While there was a lot of fighting in the house throughout the week, last night the family members together celebrated Christmas. Talking about the upcoming episode, viewers will also get a special gift. Yes, in the upcoming episode of Bigg Boss 13, the makers are going to get the food box entry from the housemates in the show.


Makers have made it clear by showing a glimpse of this episode that their eyes are going to become very moist after months when the taste of their home will go to the tongue of these contestants. In this promo that came out, Shehnaz Gil tells Paras that after eating the greens of my mother’s hand…. Paras Chhabra becomes very emotional just after hearing this and he starts crying in front of everyone. On seeing Paras like this, Rashmi Desai’s eyes also become moist, while Aarti Singh is also crying a lot while embracing Paras.

As Aarti embraces Paras, Rashmi immediately says that I have seen Paras crying for the first time in the entire season. This promo is so emotional that you will get desperate to watch today’s episode.