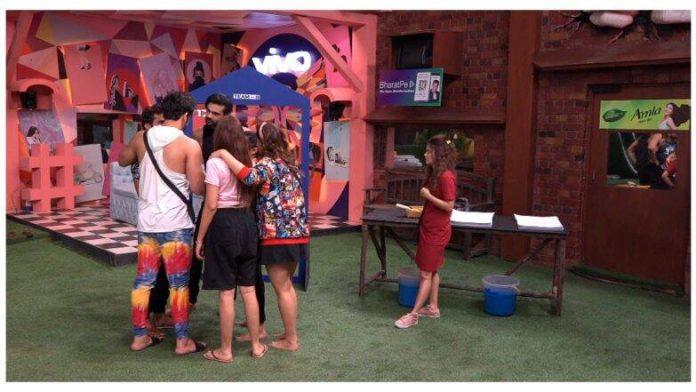 Bigg Boss 13 Day 81 Highlights: In Salman Khan’s TV show ‘Bigg Boss 13’, the family will also be seen enjoying this festive season of Christmas to the fullest. Shahnaz Gill and Vishal Aditya Singh come face to face to prove their claim to the Captaincy Task. In the promos of the show, we saw that this task is mentally and physically exhausting. While the housemates are seen celebrating Christmas by dancing in the garden area, the dispute between the Siddharth Shukla and Rashmi Desai house continues in the house.


With this, the love between Madhurima and Vishal once again appears to be overflowing. Along with this, on the occasion of Christmas, contestants also get a special gift. With this, for the first time in the history of the show, they get their homemade food.

Controversy between Paras Chhabra and Shefali
Paras and Shefali are seen fighting over the task. Both feel that the celebrity guests who came to the house last night are biased towards the other team. Paras says that Shefali is trying to get a split from them and she will be homeless soon.

New captaincy task started
Bigg Boss starts the new Captaincy Task which includes Vishal and Shahnaz. Both of these will have to convince the family members to sacrifice something that they love. Only then will they win. After this, Shahnaz and Vishal are asked to convince Aseem to give up his workout belt. It is believed for Shahnaz to do this infinitely. This makes her very happy.

With this, Shehnaz asks Siddharth to destroy his towel and he agrees to do so. At the same time, Paras sacrifice their shoes for Shahnaz. Shefali Bagga also spoils her family photos for Shehnaaz.