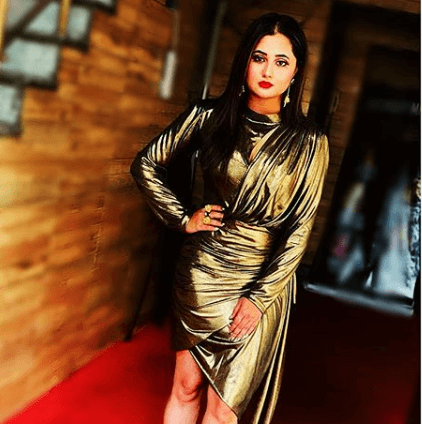 In the house of Bigg Boss 13, today 23rd Dec viewers are getting to see fight fights as well as fun jokes. The show makers have shared a fresh promo on social media. It featured a romantic style between Siddharth Shukla and Shehnaaz Gill. These lovely gestures of these two are very much liked by the audience. In today’s promos, there was also a heated debate between Rashami Desai and Arti Singh. When this debate takes place between Rashmi Desai and Aarti Singh, Sidharth Shukla appeared to be provoking while talking to Aarti. These videos are becoming increasingly viral on social media. Watch the video-
https://www.instagram.com/p/B6YjS7eHEou/?utm_source=ig_embed

It may be known that this time Salman Khan’s show Weekend ka vaarr was very explosive. He fiercely classed all the people present in the house. During this, Sidharth Shukla, Rashami Desai, Asim Riaz and Paras Chhabra were seen fighting amongst themselves. After this, Salman Khan came into the house on the second day and gave the task of ‘balloon of misunderstanding’. During this time, the members present in Bigg Boss’s house appeared to target each other. During the weekend show Salman Khan reveals that Vishal Aditya Singh and Arhaan Khan have been voted the lowest by the audience. With this, they have come in Bottom 2. According to the information received, Arhaan Khan may go out of the house today.

It is known that this time Siddharth Shukla has been nominated as a punishment. He pushed against Asim Riaz during the fight. Apart from Siddharth, Arhan Khan, Vishal Aditya Singh, Madhurima Tuli, Aarti Singh, Asim Riaz and Shefali Bagga are nominated to be homeless this week.