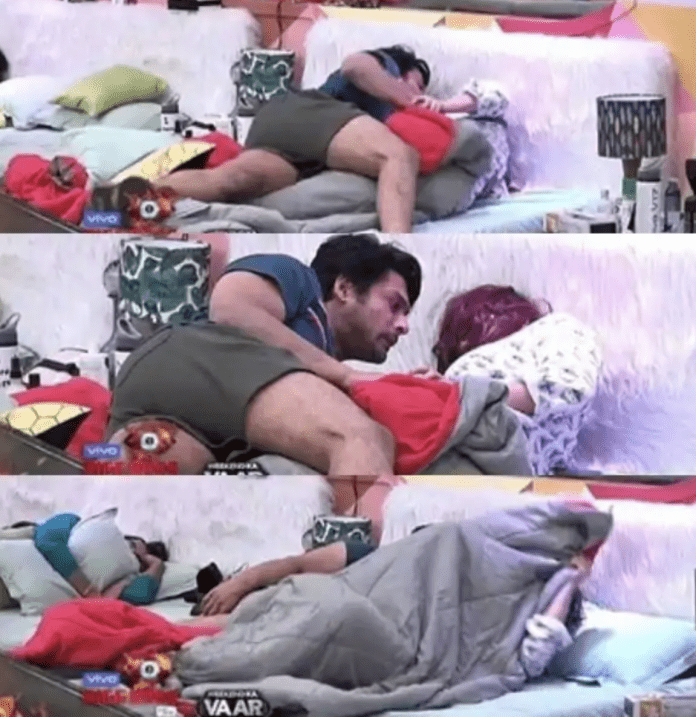 In the house of Bigg Boss 13, the fight between Sidharth Shukla and Rashami Desai is visible not only inside the house but also outside. People are constantly talking about these fights on social media. Some are seen supporting Rashami Desai and some have come out in support of Sidharth Shukla. Meanwhile, a video and some pictures are becoming very viral on social media. These photos Siddharth Shukla and Shehnaaz Gill were seen having fun with each other between the fight.


In the released video, you can see Shehnaaz Gill sitting near the kitchen area, praising Sidharth Shukla in front of Aarti Sing and says- ‘I will keep you sitting on my head with my feet. ‘ Sidharth Shukla was seen laughing dimly after listening to Shehnaaz. After this, having fun, Sidharth Shukla pushes Shehnaaz Gill with love and is seen sleeping with his feet on Shehnaaz. These days this video has become very viral on social media. Along with this video, some pictures among fans also went viral. See further
https://www.instagram.com/p/B6Yo_U1lrLf/?utm_source=ig_embed
https://www.instagram.com/p/B6YkQ8Pn0tg/?utm_source=ig_embed
Let us tell you, the battle of Sidharth Shukla and Rashmi Desai took a formidable form. When Rashmi threw tea at Siddharth in anger, Siddharth also tore Arhaan’s shirt in response.