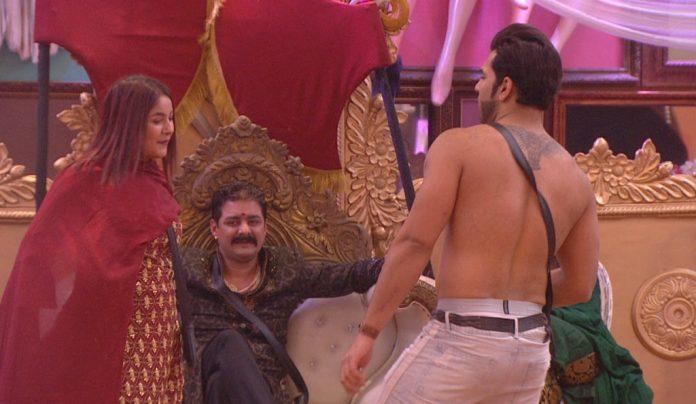 Bigg Boss 13 is on full swing on week 8 with a special task called Shehnaz ka Swayamvar. There are two teams Sidharth Shukla team and Paras Team fighting to win this task. Hindustani Bhau will choose the winner of the task. Seeing the last episode of Bigg Boss 13, the fans of Bigg Boss are not blooming. Now, why don’t the makers give the task of Shehnaaz Gill’s wedding to the fans who have entertained fiercely. By the way, Shahnaz Gill is choosing a bride for herself, but the audience is excited about the marriage of Shehnaaz (Sidnaaz Gill). This is the reason, since the last episode was revealed, only Shehnaaz’s wedding is being talked about on social media. Everyone wants to know who Shehnaaz is going to choose as her husband at the end of the task.


It is also clear from the comments coming on social media that, fans are waiting a lot to watch today’s episode. Everyone wants to know how Shehnaz is going to get married in Bigg Boss house.

That matter is different, after the quarrel between Asim Riaz and Sidharth Shukla, the marriage task is believed to be canceled. In such a situation, fans on social media are also constantly threatening Bigg Boss makers that, if they cancel Shehnaaz’s wedding task, then they will stop watching Bigg Boss.

One user commented and wrote, “I am very excited to see Shehnaaz’s wedding.” I want to know who she is going to choose in the end. Another user wrote, ‘Bigg Boss house is going to be celebrated once again. Not only this, a user even wrote that, if Shehnaaz is not married, then I will stop watching Bigg Boss show.

I hope and wish she chooses @sidharth_shukla as a #SidNaaz fan. Also this time #SidharthShukla wants support or else he will be alone.#SidnaazGetMarried #StayStrongSidShukla

It is clear from the comments that everyone wants to see their favorite member getting married with Shehnaz. In such a situation, it will be really interesting to see who Shehnaz chooses as her husband in this game. However, how excited are you to see this high voltage drama happening in Bigg Boss, please comment below. As per Source, Paras Family is the WINNER of this Task (Swayamvar). Bhau choose Paras family on basis of entertainment value. Paras Family Deserves to WIN this Task. Khesari Shayari & his songs, Vishal and Devoleena dressed in opposite gender and these added entertainment value.