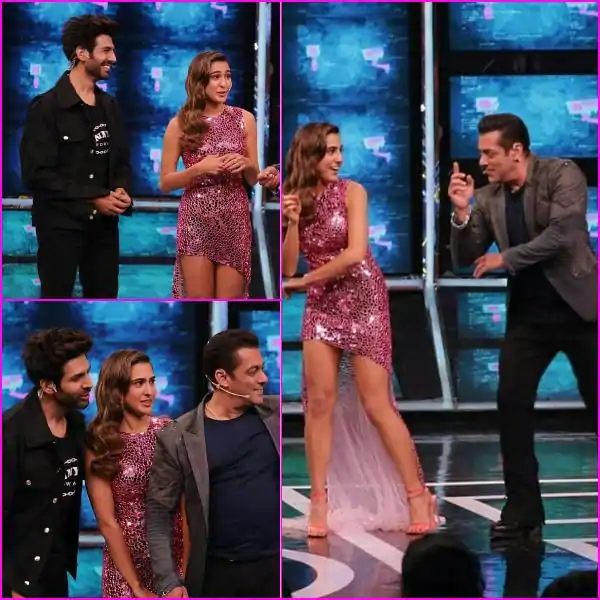 
Sara Ali Khan and Kartik Aaryan were seen promoting their film during Weekend Ka Vaar. If you look closely at these pictures, then you will know that Sara and Karthik can be seen in a picture taking a selfie with Salman Khan, while in the second picture, these three were seen doing a whimper.

According to the information received, Sara Ali Khan and Kartik Aaryan will also be seen going to the style of Bigg Boss house. After this, they will be seen playing games with the housemates. This episode of Bigg Boss 13 is expected to air on Sunday 19th January 2020.