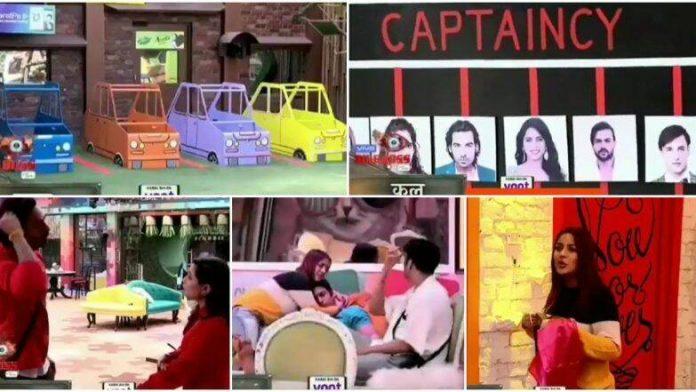 A lot of drama was seen in Bigg Boss 13’s house again today. Big Boss gave a new task for the captain of the house. During this time, once again we got to see a lot of drama at home. While the housemates did not make Vishal and Madhurima the task part, Vikas Gupta showed his master mind and got Arhaan Khan out of the game. Due to which Arhaan gets badly angry, due to this trick of Vikas Gupta, Asim Riaz becomes the new captain of the house.

So the next morning there was a debate between Rashami Desai and Arhaan Khan. So on the other side, Siddharth and Shehnaaz once again forget all things and talk to each other and talk on old things. So at the same time Mahira argues with the new Captain Asim about the house duty. After which the debate starts once again at home. Where there is fierce debate between Asim, Shehnaz, Shefali, Aarti and Paras. After which we see Mahira weeping infinitely.

So on the other side Rashami was seen talking about the use of her flat. During this, Rashami expresses concern about those coming to her house and appeals that the lock of her house be changed. It would be interesting to see in the coming days how the dynamics of the house changes due to new captaincy and whether Rashami – Arhaan relationship will have more strain. Are you excited for tomorrow’s episode? Comment below.