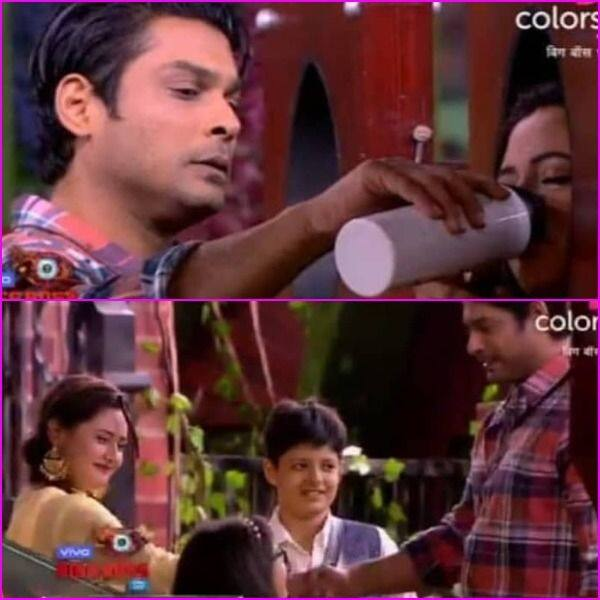 A fight ensues on most of days between Sidharth Shukla and Rashami Desai present in Bigg Boss 13’s house. But in today’s episode, viewers are going to get something that would melt their hearts and make both Sidharth and Rashami fans happy. Yes, this time the family round is going on in Bigg Boss house, due to which the family members of the contestants are seen coming to meet them one after the other. It was earlier reported that Rashami’s mother would enter the house to meet Rashami Desai but this has not happened. Her brother’s children are going to be seen in Bigg Boss house to meet Rashami Desai. Rashami Desai becomes very happy after seeing both of them in Bigg Boss house and also starts crying. After seeing them, the first two hug both of these children and cry. During this, the way Rashsmi Desai is seen talking with both the children, it is clearly visible how much she is missing her family.


Rashmi Desai’s niece-nephew, who arrived as a guest at Bigg Boss’s house, also forged a friendship between Siddharth Shukla and Rashmi Desai. Also asked to hug each other. In the promo released it was shown that ‘Rashmi’s nephew tells them’ why do you two always fight at BB house’. Now make both friends. After this, the niece and nephew ask to join their hands first and after that both of them hug each other and end their rivalry.

Apart from this, it has also been shown in the promo that Sidharth Shukla is seen supporting Rashami as soon as she gets emotional about her family members. Siddharth Shukla asks Rashmi Desai that ‘what happened’ Rashmi weeps and says that ‘everyone’s parents come to the house’. After this, Siddharth Shukla also gives water to pacify Rashami who was seen weeping continuously.