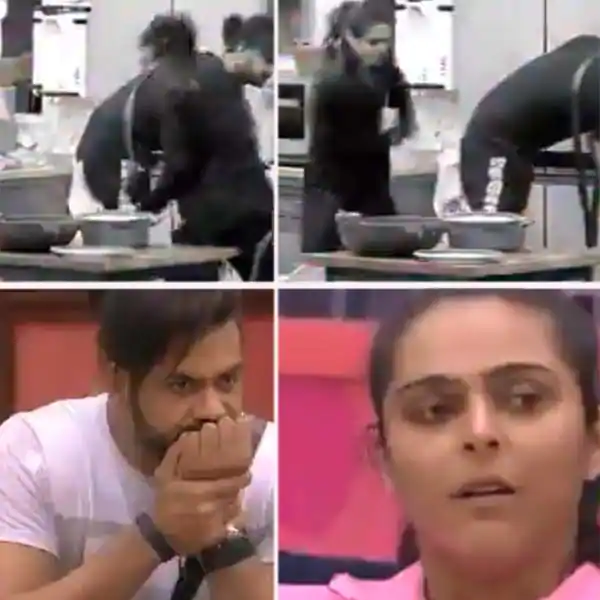 In the house of Bigg Boss 13, the fight between Vishal Aditya Singh and Madhurima Tuli is going out of control on 15th January episode. The extent was reached when Madhurima Tuli beat Vishal Aditya Singh with slippers in the past. Vishal was shocked by this act of Madhurima and he demanded from Bigg Boss that now he will either stay in this house or Madhurima. Bigg Boss gave time to both of them so that with mutual consent, both decide that which one of them should go out? Neither of the two went out and in the past, the closeness between the two was seen growing.


Well, the war between the two is never going to end. Tonight again a fierce battle is going to take place again between Vishal Aditya Singh and Madhurima Tuli. The makers of Bigg Boss 13 have released a promo of today’s episode, according to which the fight between Madhurima and Vishal is going to happen again today. Yes tonight Vishal is going to be seen throwing water on the face of Madhurima many times. Madhurima will lose her temper after being harassed by Vishal’s antics and after that she will hit them with a frying pan.

According to the promo that surfaced, Bigg Boss is seen upset by the behavior of these two and he is also talking about punishing them both.

What will happen to Mid-Week Eviction?
It looks like Mid-Week Eviction is going to happen in Bigg Boss house. Actually, this week the show has not been eliminated. In such a situation, it is expected that the show may have a mead-week eviction. According to the comment box, according to you who among Vishal and Madhurima should be shown the way out of Bigg Boss house?