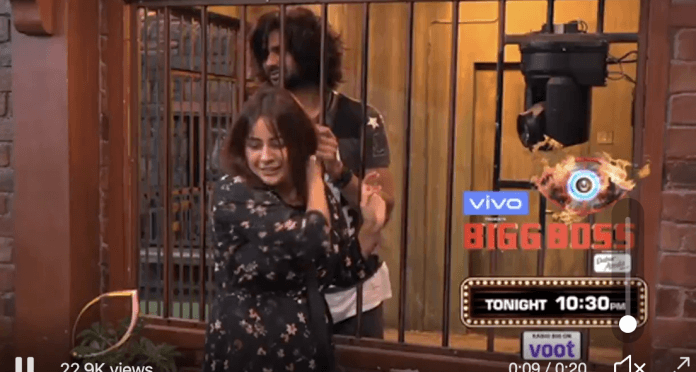 Bigg Boss 13 did not see anything special this week. These four contestants, including Vikas Gupta, Rashami Desai, Asim Riaz and Shefali Jariwala, were given contenders for the next captain of the house in the post office task during the recent captaincy task. Bigg Boss made a kaputli work to make any of the 4 members captain, in which at the behest of Paras Chhabra and Siddharth Shukla, the four contestants were seen dancing like a katputli. But later Bigg Boss himself had to announce to Paras and Siddharth one of these four names with mutual consent that who would become the next captain in the house.

According to both, the new captain of the house has been made Vikas Gupta. And Paras Chhabra has also entered the house from the secret room. Each time this week too, the names of two such members will be selected for the jail sentence, whose performance has been most disgusting. Recently, Bigg Boss has released a promo in which Shehnaz Gill and Vishal are seen having fun with each other.

In this promo, Shehnaz tells Vishal that “Dev ie Vishal can I fall in love with you. What have you done Dev. Then Vishal says,” Whatever is your condition, Paro. I hit Siddharth in your affair. ” . ” One thing is clearly visible in this promo and that is that Vishal Aditya Singh’s name has come up for the jail sentence. Vishal is seen inside the jail in this promo. This promo full of fun with Shahnaz and Vishal is very much liked by the audience.

In the previous episode, Paras Chhabra’s entry is made in Bigg Boss house and Siddharth Shukla is taken to the hospital directly from the secret room due to ill health. Paras had made an entry in the house, taunting all the housemates, saying that no one was true in this house and Vishal was the worst of all by trying hard to get attention by creating fake fight with Madhurima Tuli.