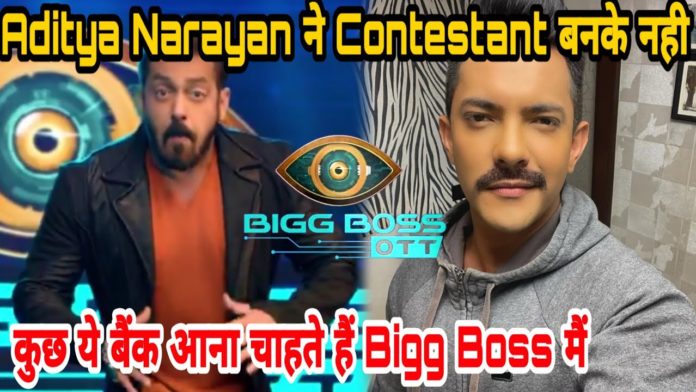 These days, many types of news are coming out one after the other about the next season of TV’s famous controversial reality show Bigg Boss. The news from the contestants appearing in this TV show to the hosting is included. In the meantime, another news is coming out that Indian Idol 12 host Aditya Narayan also aspires to be a part of Bigg Boss. Yes, it is being said in the news that he may be part of either Bigg Boss on the OTT platform or the 15th season.

I like to come as a guest. I would love to host this show someday. Neither do I have the time, nor do I intend to appear as a contestant in this show. Further, Aditya Narayan wrote that he would like to congratulate the channel and the production house to keep making great shows every year.

This time will be good too as Salman Khan is bringing Bigg Boss 15 soon. Its promo was released recently. Do you want to see Aditya Narayan as the host of Bigg Boss? Share your views in the comment section.