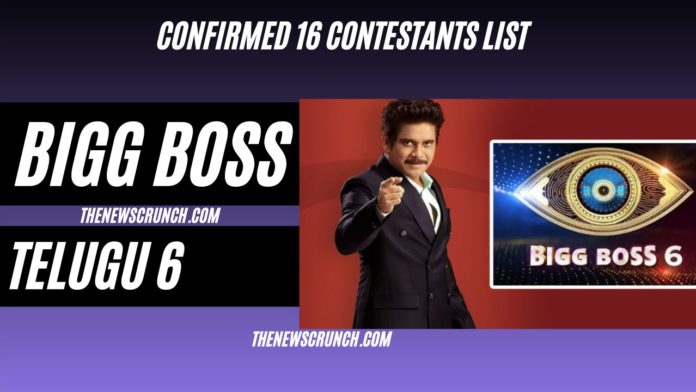 Hey all!  We are about to jump into the amazing reality show Bigg Boss season 6 in Telugu soon. Here are some interesting reveals about the contestants who are going to take part in BB S6 Telugu.

BB S5 Telugu top five contestants are  Sunny, Sreerama Chandra, Maanas, Shanmukh Jaswanth and Siri Hanmanth. In that, Sunny has won the title and Shanmukh Jaswanth has become a runner-up. Totally it had 106 seasons and it was hosted by Mr. Nagarjuna Akkineni.  The show’s grand finale was concluded in December 2021. Since Bigg Boss is holding an evergreen response, the audience are awaiting for BB S6.

“Life is too short to overthink your overthinking”.  Loved these lines?  Yes, so without letting you all think too much we are going to reveal you about the contestant’s list.

As we all knew there are so many fun-filled things happening across all the seasons. All the ended seasons brilliantly engaged the audience’s attention. As of now the contestant selection is undertaken by the Bigg Boss team.  Soon the official notification is going to be announced.

Though the below list is unofficial, many of these lists could possibly participate in BB S6 Telugu. The list is below,

All the contestants were great personalities at their own pace and they wouldn’t fail in giving excitement to the audience.  It is going to be great entertainment throughout the entire show for the viewers. It could be either way, fun and fire.

We will come up with all the contestants’ confirmed list once after official notification has been released. Stay entertained!  Stay tuned to our page for the most relevant updates.