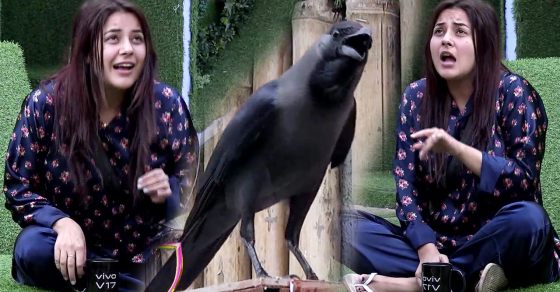 Shehnaz Gill has been officially tagged as the entertainer of the season. And rightfully so! She surely knows how to make the best of any situation and draw the camera’s attention towards her. Even when there is nothing happening she manages to catch the eye.

The Cause of the Call

Over the last few weeks we have seen Shehnaz make a new friend, a crow. Not kidding. She actually befriended a crow and even communicates with it in her own made up language. She even claims that the crow replies back to her.

The scene is hilarious when she breaks into gibberish and also shows her childishness. The caller could have been hinting either at that or it could have been a dig at anyone Shehnaz associates with.