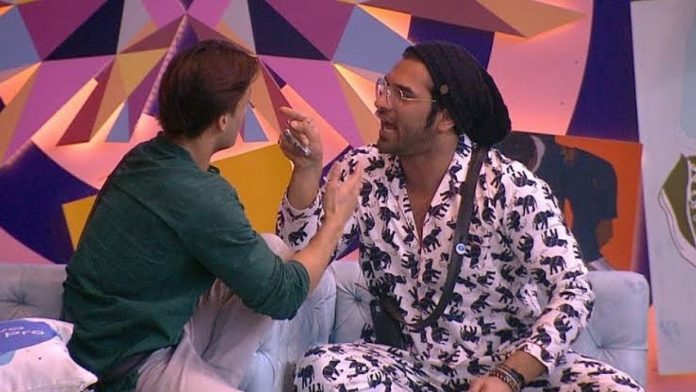 Big Boss 13 has entered is 18th week currently. As the finale approaches at a rapid pace it is but natural the makers want to spice up the show and the contestants want to grab maximum eyeballs. The entertainment factor might be questionable considering how quickly things progress in the house. There are many awaiting twists and turns that are bound to come. We had earlier reported that the makers had roped in the contestant’s friends and families to enter the house and play the game as well. Vikas Gupta, Shehnaaz Gill’s brother, Arti Singh’s sister-in-law Kashmera Shah, and Himanshi Khurana will enter the BB house once again to support the contestants. Pior to this Big Boss will reveal Asim Riaz, Rashami Desai and Vishal Aditya Singh’s nomination discussion where they want to target Paras Chhabra and Mahira Sharma.

The preview of tonight’s episode begins with the prerecorded videos of the people entering the house to lend support towards their loved ones. Vikas Gupta saying that he is coming back to BB house for Sidharth Shukla. Kashmera Shah says that she will enter the house to support Arti Singh, while Shehnaaz’s brother will represent her. Himanshi Khurana will be seen supporting Asim Riaz and will enter the house yet again. However, Big Boss announces that the show is currently in its 18th week and its important to put an end to practices like discussing nominations.

Asim Riaz and Vishal Aditya Singh take this as a joke and are busy laughing but Rashami Desai’s moral compass could be working since she had a morose face on. Mahira Sharma is very vocal about her shock. Paras completely loses his temper after seeing such behavior. Instead o being apologetic, Asim as usual bounces back to fight which makes Paras even angrier. Paras tells Asim and Vishal that they are nothing on Big Boss and all their planning will not work for this weeks nominations. Asim and Paras are at loggerheads ye again. Paras says “Show jeet ke jaunga main, tum dono ko fa*d ke rahunga.”