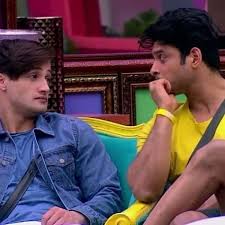 As the finale of Big Boss 13 is approaching at a rapid pace, the makers are leaving no stone unturned to make this season even more of a hit than it already is. The last few weeks of the controversial show will be filled with twists and turns as well as buckets load of emotion. A few ago we saw the contestants family members entering the house to boost the contestant’s spirits and this week the entry of their loved ones will add to more of the twist since they will be playing the game with them. Himanshi Khurana, Devoleena Bhattacharjee, Vikas Gupta, Shehnaaz Gill’s brother, and many others will be entering the BB house tonight. But that’s not all to add to the fun reports claim that the famous mall task will be held really soon.

What is The Mall Task?

The mall task has been rather popular in the past seasons. It began in season 9 where contestant Rochelle Rao and Rishabh Sinha stepped out to interact with their fans. This was a huge hit with the audience and was deemed to be a regular feature. This task was then seen in season 11 with Manu Punjabi and Manveer Gurjar going on to do the same. And then in season 12, Shilpa Shinde and Hina Khan interacted with their fans similarly. This season the mall task should happen in the first week of February. Reportedly this season’s biggest sensations Sidharth Shukla and Asim Riaz will step out of the house to witness the huge fan base they have created over the last four months.

This will be immensely exciting to witness considering them both always being at loggerheads as well as their fans. Looking forward to this task.