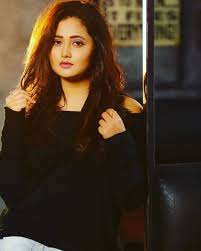 On contestant who stepped foot into the Big Boss 13 house unaware of what would happen. Rashami Desai came in to broaden her horizons but the past few months have put her whole life in perspective. Hardly did she know her personal life would be put out for the whole nation to see but we have to give it to her, she managed the situation with elegance and maturity. Her journey has been full of ups and downs but she has made it uptil this point despite everything which is commendable.

Rashami has always made it a point to maintain friendships. She was very close to Devoleena Bhattacharjee in the first phase of the competition. Together with Devoleena she went through many tasks. She knows how to take constructive criticism from her friends and imply it into her life. She has done the same time and again especially when Devoleena told her that she cannot sugarcoat her words constantly. Rashami has learnt on the move how to play the game. She was also friends with Paras Chhabra and Mahira Sharma for a while but things when sour when Rashami for reasons of her own nominated Mahira. Rashami latched on to Asim Riaz post that. She has received alot of criticism that she makes friends according to her need and uses them. Time and again she has stood behind one friend and taken their support to go ahead in the game. This did not go down well with people but this strategy seems to have worked as Rashami has reached this stage.

Out of suffering have emerged the strongest soul ; the most massive characters are seared with scars….. So proud of you ? @imrashamidesai Come out with the ?…… @colorstv @endemolshineind

When Rashami entered the house she was single and was pretty clear why she was there. She got eliminated in the first phase during which her close friend Arhaan Khan entered the house. Rashami re-entered and there was bliss in paradise again. A simple beautiful story. But there was trouble brewing. Arhaan got eliminated the first time and Rashami told him while he was leaving that she loved him. He returned with the intention of proposing and she accepted. That’s when everything turned topsy-turvy for them. Salman Khan revealed that Arhaan was married and had a child. Rashami accepted that she knew about his marriage but not about his child. She looked devastated but bounced back since she proposed to him the next day. Arhaan was eliminated again and Rashami bawled her eyes out. Later on when she heard stories from outside that Arhaan did not like her being close to Siddharth Shukla, all hell broke loose. Rashami admitted that she had no idea about his marriage nor about his child. In a press conference she broke her relationship with him. And the worst part, it all happened on national television!

Rashami has made it a point to take a stand for herself at all times. Initially she seemed to have a grudge on Siddharth Shukla and used that to her advantage. Rashami has sued the women card in her favour and taken certain fights to a whole new level due to her arrogance. Rashami has used this to gain sympathy and to some extent she has been successful. She has been carried away by Asim Riaz and taken fights with Siddharth Shukla to another level. At some point the line between reality and her opinion become blur. She herself cannot understand what she needs to say and do. She has given excuses to not do her duties and then fought with Mahira Sharma over the same. At some point you are unable to recognise why she is doing what she is. Rashami lost the plot down the line and we sympathise with her considering the personal turmoil she went through.

Rashami’s journey has been a rollercoaster of emotions which at times have been a severe blow to the audience. She got lost in her own game and that showed an impact on her popularity. Only time will tell whether despite all this turmoil she still wins the trophy