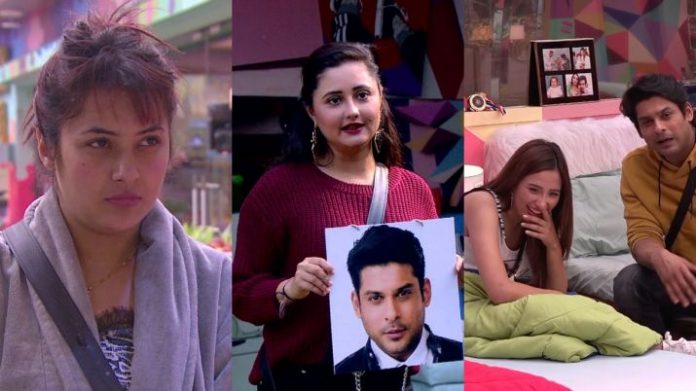 Big Boss 13 will soon come to an end and it has surely been one hell of a season. Contestants have constantly been in the news for all the right and wrong reasons. Before this season comes to an end, two days ago Colors TV announced Big Boss Tedhe Awards. They would announce the categories in the next few days and based on audience votes the winners would be declared.

BB13 Tedhe Awards: Who is Loud and Clear – Asim or Siddharth?

Who better that Big Boss favorites to be nominated in this category; Siddharth Shukla and Asim Riaz. They have throughout the season made their voice heard and their presence felt. In a fight between them both you could not figure out what was actually happening because they both used to be screaming near each other’s throats. No One could be more apt for this category than Siddharth and Asim.

BB13 Tedhe Awards: Who is the Lover Boy of the House – Paras or Asim?

In every season we get to see a love angle but Big Boss 13 showed us how ‘tedhe’ these angles can really be. The nominees for this category are Paras Chhabra and Asim Riaz. Both lovestruck and do not shy from showing their feelings. Paras has a girlfriend outside but he is very vocal that he wants to break up with her and be with Mahira Sharma. On the other hand, Asim Riaz went on to propose to Himanshi Khurana on national television. It did not come as a surprise that she kept his proposal on hold and said that they should date before jumping into anything. Tough competition between both considering both have girlfriends on the outside.

BB13 Tedhe Awards: Who is the Diva of the House? Mahira or Shehnaz

Every house has a diva and the Big Boss 13 house is lucky to have two. Shehnaz Gill prefers to be called Punjab ki Katrina Kaif but we swear by God Katrina Kaif would not have half the tantrums that Shehnaz has. Shehnaz has expectations that go past all your understanding, she kicks the life out of everyone and we actually genuinely pity Siddharth Shukla. It is not humanly possible to bear the diva like attitude which Shehnaz throws around. Mahira Sharma is super confident about her brand name. Her diva like attitude is reserved for this aspect. She feels everyone is threatened by her game and presence in the house and it is pretty hilarious to watch her say “Mein hoon… Mahira Sharma, Mahira Sharma, Mahira Sharma” thrice.

BB13 Tedhe Awards: Who is the Super Sensitive Female of the House – Shehnaz or Rashami?

There could not have been better candidates for this category than Shehnaz Gill and Rashami Desai. Shehnaz is the epitome of sensitivity. She just takes the cake. If there is nothing wrong said or done she somehow manages to dig a word and sit with it. She would cry hit herself and make the audience want to hit themselves for watching her stoop to new lows. Her lack of self respect is alarming and this adds to her unnecessary super sensitivity. Rashami Desai shows growth in this area but initially she would just sit and cry over any sentence that was uttered by Siddharth Shukla. It was clearly her game plan to be seen but she made it unbearable for the audience to see it.

Before the winners are announced we would love to hear from you’ll who do you’ll think are the winners of each category. Let us know in the comments below.