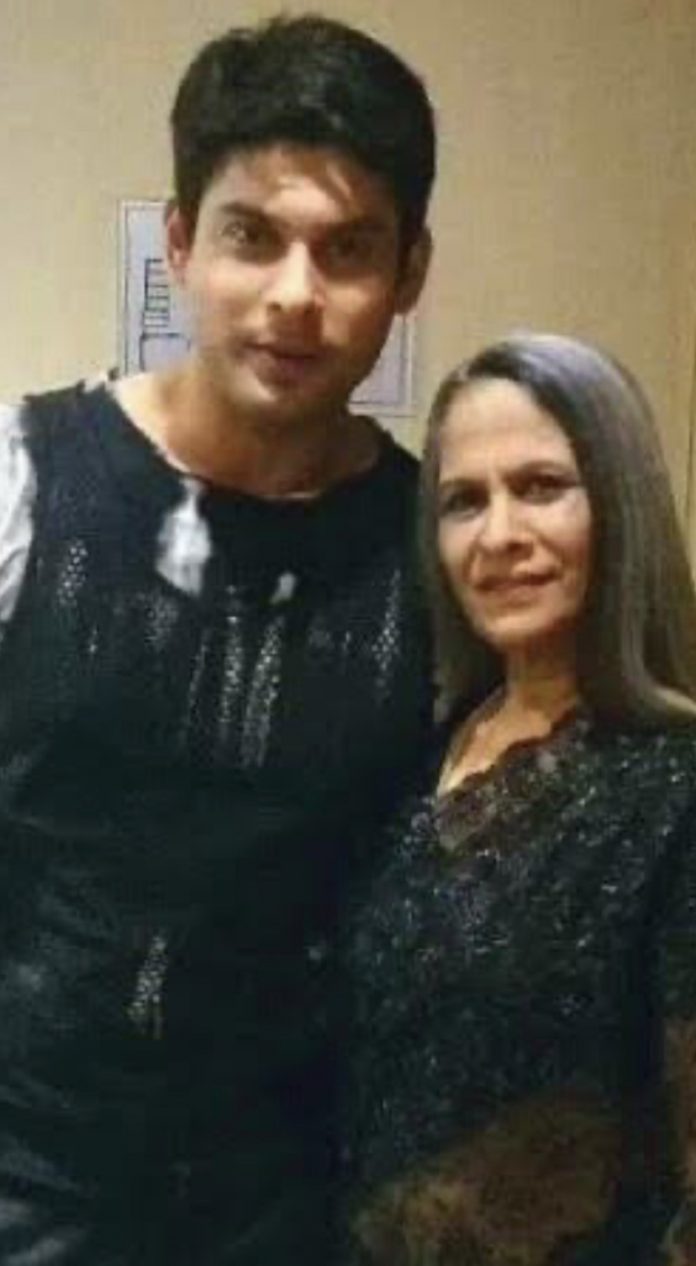 This week has been an emotional roller-coaster for all the contestants in the Big Boss 13 house. After an emotionally packed four months they were finally given the opportunity to meet their family members. Being locked away for so long has pent up alot of emotions in each contestant. All were looking forward to meeting their loved one and this was clearly seen during the episodes.

For the second round of the task, the door bell rang and brought in Sidharth Shukla’s mother. We have seen Sidharth in his aggression mode as well as the hilarity he carries with him but for the first time the audience saw the mama’s boy that he was. Sidharth bursts into tears when his mother hugs him. The look on his face on seeing his mother shows the love and attachment that they share.

Sidharth introduces his mother to everyone. Each with a quirky introduction. She met Shehnaaz Gill for the first time and he told his mother that she takes care of his entertainment quotient to which she replies that not only his but Shehnaaz takes care of the entertainment of the entire nation. He introduces his mother to Asim Riaz and says that he keeps testing his aggression. His mother even meets Arti Singh. Arti complains that Sidharth made her do a lot of work through the last four months, she irons his clothes everyday. Sidharth even makes his mother meet Rashami Desai. Rashami is quick to add in that she takes care of Sidharth and he reciprocates.

What Advice Did Sid’s Mother Give Him?

Sidharth and his mother spend some time together. His mother tells him that he is playing well and that she is very proud of him. She advises him to continue with his one liners and humour as it is being loved by the audience. Everyone is going crazy behind him and are his becoming his fans. A mother’s heart is all for her child’s good. She tells Sidharth to not stress as much as he does. He should laugh alot as this is the last month that he has in the house. He should spread happiness and be happy too. She even jokes that he should be in a happy mood and also wear long pants as well! She tells him to keep laughing then their whole house becomes happy. He cannot change anyone but should change himself. The warmth of motherly love can change anyone. She embraces him and we can see tears flowing from Sidharth’s eyes.

Over the last four months we have never taken Sidharth to be an emotional person. But it is true that the strongest man could have a soft heart. We can see Sidharth’s heart melt on seeing his mother. Their relationship is brought out beautifully. Big Boss is a show where every aspect of a contestant’s personality is brought out and this was probably needed to show another aspect of Sidharth Shukla