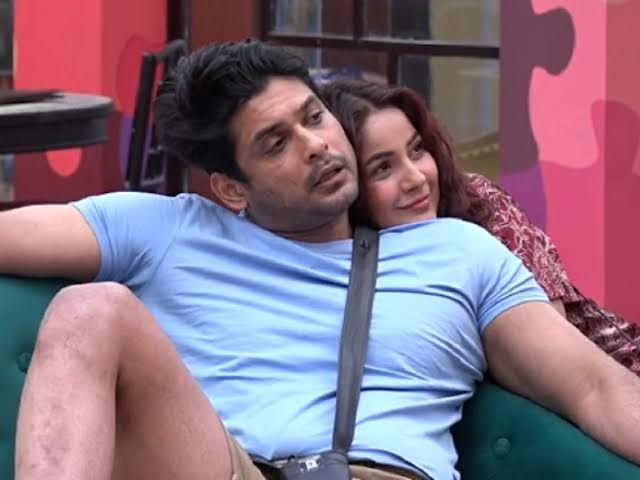 Shehnaz Gill and Siddharth Shukla have proved to be goals and are trending across all forums with people eagerly awaiting for their moments on television. Since the longest time they are known for their cute bonding. They do have their share of fights and arguments and when their ego comes in between, hell hath no fury! But for now SidNaaz are back in the game, stronger and moreover together. During the complicated ‘Noton Ki Baarish’ task in the Bigg Boss 13 house, Siddharth and Shehnaz are high on PDA. While the task is going on they both shower one another with kisses make their bond so enviable.

The bond that they share is unbreakable and they make it a point to share that with the world. On Twitter, tweeting a video from between the Noton Ki Baarish task, Colors TV wrote, “Task ke tanaav mein bhi #SidNaaz ka pyaar raha barkaraar!” In the video, Sidharth calls Shehnaz towards her, while the self-proclaimed and publicly accepted Punjabi Ki Katrina is seen telling him how he did not miss her even a little bit. Later, impressed by Shukla moving his body from the window in the gate, Shehnaz runs towards him.

As the video continues, Shehnaz is seen moving towards Siddharth and kissing him. The love that they share is truly unmissable and totally adorable.

Siddharth started by saying, “Dimaag mat kharab kar,” to Shehnaz, where she replies to him warning him that she will never come near him again. Between, ‘bakwaas mat kar’ and swearing on one another they can’t stay apart for long. Shukla finally gives Shehnaz her a much-demanded kiss.

Siddharth sure does care for Shehnaz immensely and his actions have proved this. He tries his best to keep her happy and content and even runs behind her when she is mad.