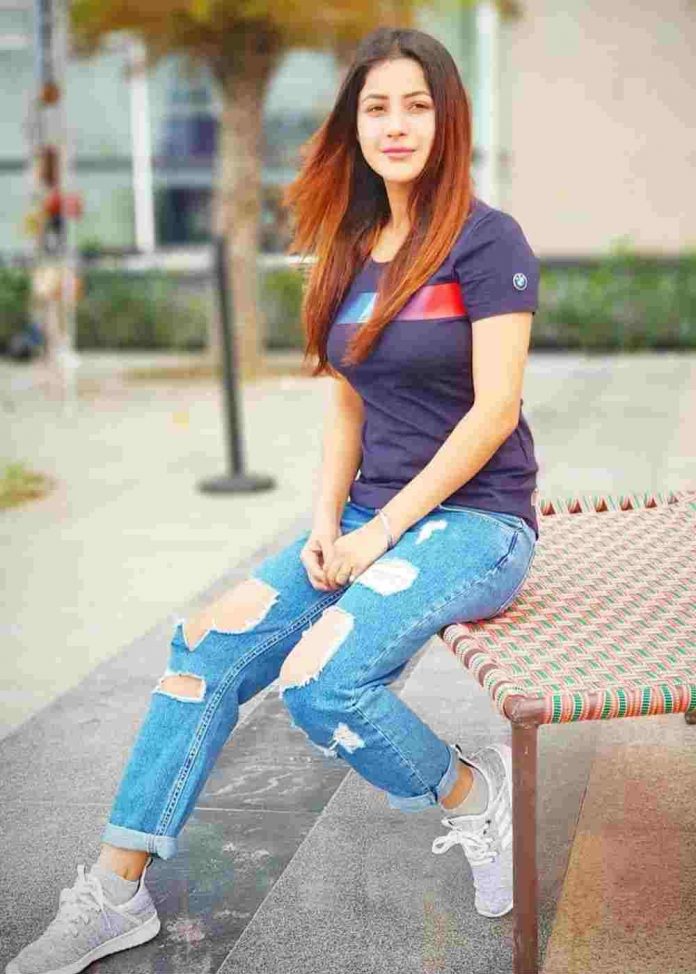 Big Boss 13 in inching towards its finale, one contestant who has constantly been in the news for getting raging reviews is none other than Shehnaz Kaur Gill. Shehnaz prefers to be called as Punjab Ki Katrina. From her entry into the house she has maintained a constant level of bubbliness and an entertainment factor which has made many major tense situations seem light. Shehnaz has gained alot of popularity for her child-like innocence over that last few months. Big Boss has been the perfect foundation for her career and she herself gives credit to this platform for her success.

From the culmination of this season many things have changed, equations have been toppled over and people have made drastic changes. But what has been constant is the contribution of entertainment that Shahnaz gives to the show. Had it not been for her this season would have been full of Siddharth’s aggression or Asim’s irritating voice. Shehnaz knows how to lighten a situation. May it be talking to a crow in gibberish to gain laughs or acting out hypothetical situations with Siddharth. Shehnaz has managed to maintain a constant contribution. She has maintained a good equation with every house member which is why she can manage to pull of stunts with everyone without hurting anyone’s feelings. Every Weekend Ka Vaar, she entertains Salman Khan as well. Her childish behavior manages to bring a smile to your face unexpectedly. Shehnaz manages to have a clean sense of humor which is what is highly appreciated.

Whatever Shehnaz may do or say within the house become instantly viral on the outside. The other day she mentioned that she wished to name her son Zoravar and instantly there were social media pages created in the name of Zoravar Gill Shukla. Shehnaz is constantly in the news due to her entertainment and this is her biggest achievement in the Big Boss 13 house.

Never before has this word ever been used to such great extent. Did this word have an actual meaning in this context or is it now just related to Shehnaz Gill? Shehnaz has been termed as the flipper for her constant change from one team to another. She explains this part of her personality as an aspect wherein she turns to the side that she gains satisfaction. Where she feels that she is wanted and will get necessary happiness. She also believes that whichever side might be right she will be on that side irrespective if her friends are against her. This nature of hers made her win over alot of enemies. Shehnaz has been termed as a disloyal friend. But she wears her new name with pride and admits that she could be a flipper but she knows when to call a spade a spade.

When she was termed as ‘jealous’ she took the whole house on her head and even began to hit herself. She admitted that she was fine with the word flipper but not jealous. Shehnaz was even called out for this behavior by Salman Khan and told her to accept what it is and move on. Shehnaz was well known for her controversy with Himanshi Khurrana on the outside and to her bad or good luck it continued on the inside. We say ad lucky is because when Himanshi entered the house Shehnaz showed a very ugly side of her personality to the audience but her good luck was that the controversy was cleared. Shehnaz will leave the house with a clean slate.

Shehnaz Gill: The better half of SidNaaz

Currently the most popular Jodi on Indian television is, Siddharth Shukla and Shehnaz Gill. Shehnaz found a companion on this journey. She troubles him, fights with him, teases him, pulls his legs, brushes his with a broom, hugs him ,kisses him and moreover loves him unconditionally. Shehnaz found her play partner of sorts with Siddharth. They both can have intense conversations or share light hearted comedy with one another. Watching their relationship unfold onscreen has been one of the most rewarding experiences for the audience. Shehnaz truly loves him and this is clearly reflected. Siddharth is one of the most beautiful parts of Shehnaz’s journey.

Shehnaz has truly inspired many young girls across the nation to let go of prejudices and be themselves. Follow your heart and you achieve big things. In a few days we will know whether Shehnaz Gill will take the trophy to Punjab.