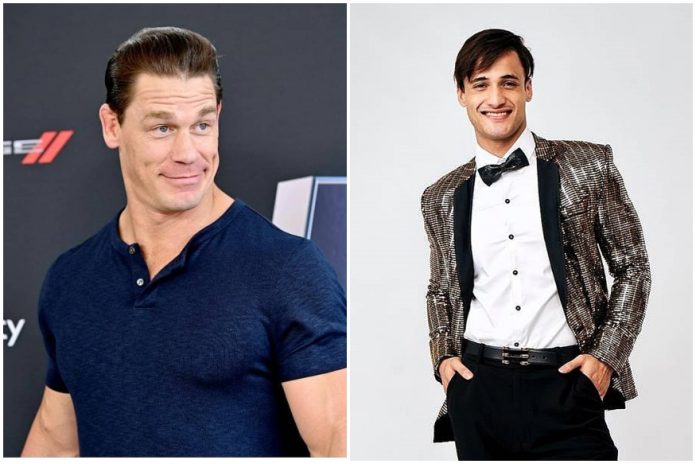 The contestants of Big Boss 13 have earned massive popularity over the last four months for their stint in the most controversial reality show. This seasons format was such that there were no commoners unlike the last two seasons, all the housemates were celebrities. Some of them had a fan following on the outside including Siddharth Shukla, Rashami Desai and others who were well known in the TV industry. However, the black horse this season was Asim Riaz who rose from the ashes and created a huge fan base for himself. He has loads of fan accounts on social media and most of the times is trending on Twitter. But what came as a shock was that Asim is not only popular in India but also on an international level with Fast and Furious 9 star John Cena knowing him too!

John Cena is well known for posting pictures on Instagram without any caption or explanation. His Instagram bio actually reads; “Welcome to my Instagram. These images will be posted without explanation, for your interpretation. Enjoy.” His last post is a picture of Aim Riaz! This has left us stumped and created ripples of excitement among Asim’s fans. His fans have assumed that John Cena is extending support towards Asim.

It will remain a mystery whether this post was an extension of support or a matter of hilarity. People are wondering why Asim’s fans have blown this out of proportion.