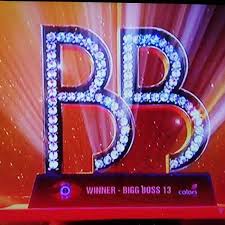 The last four months have been completely chaotic with emotions galore and contestants making the entire nation feel hatred, tears, love and want to fight with the opposition. Big Boss 13 is coming to an end this weekend after giving the audience closure. The Top 6 were fighting with all their might to win the trophy of Big Boss 13. The contestants have done their job and now the entire decision lies in the hands of the audience. Big Boss 13 has given the nation romances to fall in love with and fights that make you want to rip the other person apart. In a few hours we will know who will take home the trophy for a game well played.

The fight between Asim Riaz and Siddharth Shukla has not only been within the house but their fan bases have taken the fight onto social media as well. Through the last four months we have seen them brutally taking one another down. Siddharth Shukla had been in the lead for the longest time but currently it is Asim Riaz who has taken the position. He is ahead of Siddharth for the last few hours and it will be interesting to see how far will this fight go.

Shehnaz Gill has bagged the third position and is out of the race for the trophy. The fight will be between the brothers turned enemies Siddharth Shukla and Asim Riaz.

In the previous episode it was declared that the last six contestants in the house would be the Top 6 of Bigg Boss 13. Arti Singh was further eliminated at the sixth position. Post that Paras Chhabra took the cash prize of 10 lakhs and opted out of the show saying that his brother will get the trophy, indicating at Siddharth Shukla. After this Rohit Shetty entered the house to take the next eliminated contestant out, this was televisions favorite Rashami Desai. She came in fourth in the race. Following which it was announced that Punjab Ki Katrina, Shehnaz Gill has been eliminated and secured the third place.

The voting lines are opened for the top two contestants as Siddharth and Asim fight for the trophy.