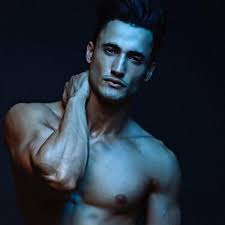 The Big Boss 13 journey began four months ago. Celebrities from various walks of life entered the house to carve a niche for themselves and to create an image based on their real personalities. One such contestant was Asim Riaz. A model by profession who was first known for his versatile English and charming looks but he gradually climbed up the ladder of popularity to be further ranked as the 24th Sexiest Man in Asia. His growth graph has been spectacular and he takes pride in being a self made man. Asim’s journey through the last four months has had its ups and down but the way he took on every challenge is truly commendable.


Asim Riaz Was A Sensation From Day 1!

When Asim entered the house he was not a well known figure but there was an aura which surrounded him that made him likable. He immediately became friends with TV’s favourite Siddharth Shukla and their bromance was immensely popular. Asim would be the ideal Veeru to Siddharth’s Jai. Their rapport with one another was praised but what was better was to see them connect on an emotional level. Asim proved to be a beautiful person inside out during this process.

What got the attention of the viewers towards Asim was his ability to perform tasks. He was always on the forefront doing his best to win and make his team win. There have been defeats but he surely won millions of hearts as they saw his sweat it out during the tasks. His spirit to never give up and the need within him to complete a task rather that dissolve it is what set him apart. May it be the latest task where he put his heart and soul to support Arti Singh from eliminations or his earlier tasks when he under pressure when his fellow contestants were throwing condiments on him. Asim rose above all these external pressures to emerge victorious.

There is no doubt that when you make a friend in Asim he sticks by you always. This was seen time and again in the house. Asim mingled around and made new friends all the time. Initially his bond with Siddharth garnered alot of praise but when he felt that Siddharthwas not the right fit for him he took it upon himself to detach. Asim then created his own group with wild card contestants Himanshi Khurana and Shefali Jariwala. Asim fell deeply in love with Himanshi and that is another story to tell but he always stuck by his friends until relationships turned sour. Switch to phase three, Asim bonded with Rashami Desai and Vishal Aditya Singh. It was beautiful to watch Asim fight for his friend Vishal to save him from eliminations. He didn’t consider competition within friendship and just wanted his friend to rise.

When Asim entered the house hardly did he know that he would fall in love. The phrase ‘truly, madly, deeply’ was created to categorize Asim. When Himanshi Khurana entered the house as a wild card contestant Asim felt a strong connection. He was unable to work on this affection that he had because Himanshi was engaged but being the gentleman that he is he knew where to draw his boundaries. Even after Himanshi’s elimination, Asim would say her name everyday and miss her dearly even though he knew that they was a chance she could have been married by then. But good things happen to good people. Himanshi entered the house as Asim’s connection and professed her love for him. Asim was filled with emotions and went down on one knee to propose. His proposal gained alot of flak but that did not dampen his spirits.

Asim With His Brother-In Arms

Asim’s journey would not have been as uplifting as it looks without his elder brother Umar Riaz. While Asim handled the inside of the house Umar held the reins on the outside. He controlled his social media, gave interviews and made sure every critic was given an answer to. This brotherly bond was seen when Umar visited the house during family week. The love that they share is ideal and full of respect. Umar has gone out of his way to carve a clean path for his brother while Asim wants to do everything right to make his brother proud.

Asim’s journey would not be complete with his aggression. He has shown time and again that for a young man his blood boils more than ever. Asim has often lost his cool for the right reasons but there have also been times when there was no reason for him to yell. He was often reprimanded by Salman Khan for the Asim. But Asim would not be Asim if he didn’t stand for what he was sure off. There have been almost violent brawls between Asim and Siddharth Shukla. They have abused each other, pulled their families into the fight but what can we say, it’s all part of the game. Under the tremendous pressure that Asim is under it was but natural that he would crack eventually but has played the game strategically and knows how to play his cards right.

While Asim has gained a fan base that is unimaginable at this stage, his journey speaks wonders. He has played well and won hearts. Only time will tell whether the winner of Big Boss 13 will be Asim Riaz.